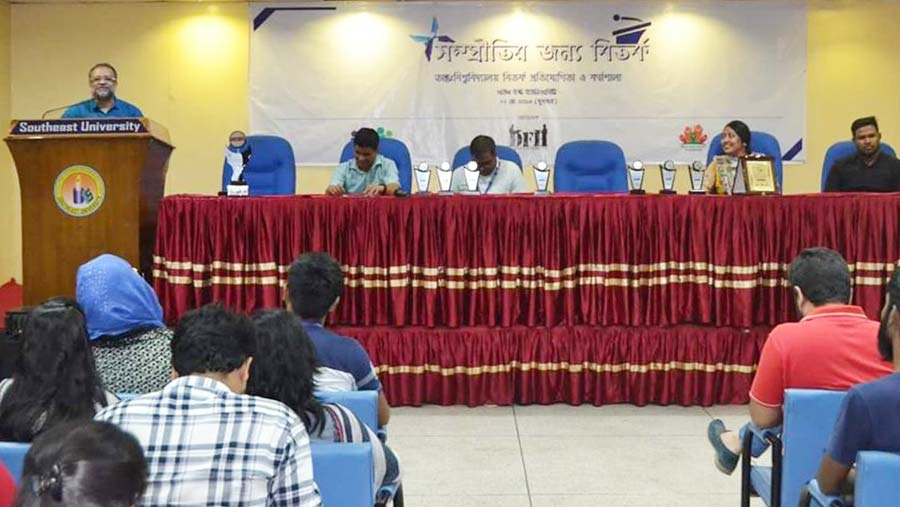 An intra university debate championship 2019, and workshop on improvement of debating skill organized by Manusher Jonno Foundation & Debate For Humanity was held on Wednesday (May 22) at SEU Seminar Hall, Banani, Dhaka. The title of the competition was "Shampreetir Jonno Bitorko".

A total of around 130 students of various department of SEU took part in it. Taker Aziz, President, Debate for Humanity, inaugurated the program.