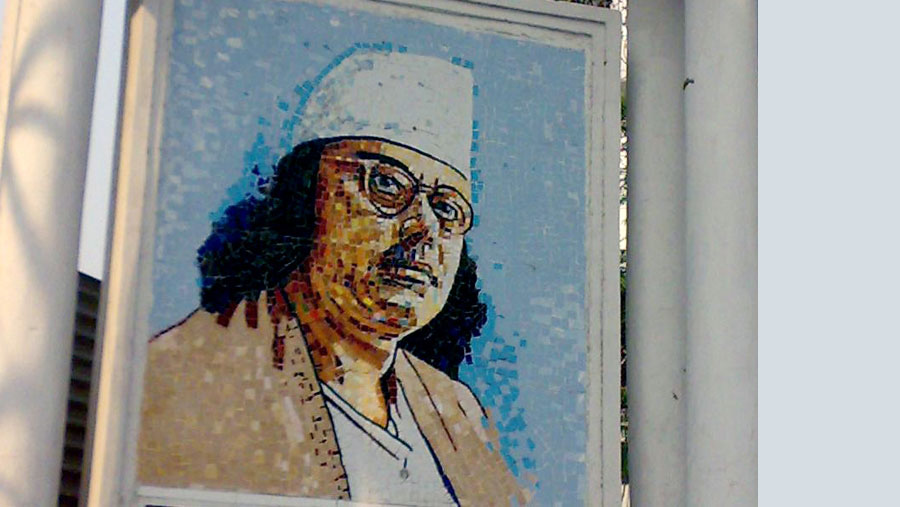 Born on 25 May, 1899 in Churulia village of Burdwan district of West Bengal, India, Nazrul, through his fiery poems had inspired people to fight against injustice, and repressions of the colonial rule.

This year's theme of the birth anniversary is "Bangabandhu's Bangladesh in Nazrul's Conscience."

The birth anniversary of the poet was also celebrated at Trishal, in Mymensingh, Daulatpur, in Cumilla, and Chattogram by respective local administrations.

Different educational institutions across the country, as well as all the Bangladeshi embassies abroad, also observed the day.

The Nazrul Institute, and Shilpakala Academy also organized programs to mark the day.

The Cultural Affairs Ministry, and different organizations paid tribute to the poet, by placing floral wreaths, at his grave beside the Central Mosque of Dhaka University, in the morning.