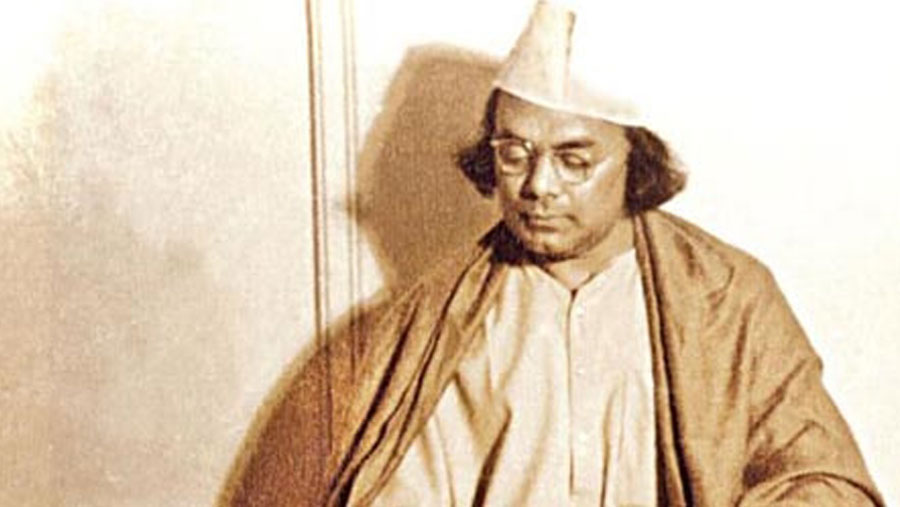 The 120th anniversary of the birth of National Poet Kazi Nazrul Islam (1899-1976) will be observed today.

Apart from being a poet, Nazrul was also a lyricist, composer, playwright, novelist, journalist and revolutionary who equally sang for freedom and love. The rebel poet, as he is called, took up his pen against the colonial rule, oppression and exploitation of his motherland.

Nazrul’s poetry and music espoused renaissance and fierce rebellion against colonial rule and oppression. He is known for his impassioned writings for political and social justice.

The main programme will be hosted in Mymensingh’s Trishal upazila, where the poet had a lot of memoires. Education Minister Dipu Moni will attend the function as the chief guest.

This year’s theme of the anniversary is “Bangabandhu’s Bangladesh in Nazrul’s Conscience”. Events will also be organised in Doulatpur of Cumilla, Tewta in Manikganj, Karpasdanga in Chuadanga and Chattogram.

In the capital, the programmes will begin with placing of wreaths at the poet’s grave beside the Dhaka University central mosque in the morning. The Nazrul Institute and Shilpakala Academy will also organise programmes marking the day. The poet’s birth anniversary will be celebrated at educational institutions across the country.

On the occasion, President Md. Abdul Hamid and Prime Minister Sheikh Hasina in separate statements conveyed their tributes for the poet and prayed for him, local media reported.

On the 11th Jaishtha in 1306 in Bangla calendar, Nazrul was born in village Churulia near Asansol in West Bengal’s Burdwan district. Nazrul’s anniversary of birth is observed in Bangladesh on Jaishtha 11.

In his short artistic career of just 21 years, before he lost his speech, Nazrul penned 2,600 songs, 600 poems, three novels and 43 essays, according to Nazrul Institute.

Nazrul lived an ordinary but eventful life. His talent, generally considered to be gifted but honed by years of practice and determination despite continued odds and challenges, led him into writing such poems, songs and prose that stood the test of time.

His poems based on themes of love, revolt against injustice and a deep compassion for the common people will continue to inspire and move those who come in touch with them.

At the age of just nine, he left school to join a Churulia-based professional ‘leto’ troupe to earn his family’s living. While working for the troupe, he was introduced to Bangla and Sanskrit literature. A year later, he resumed education and got enrolled at Matharun English School but again dropped out at Class VI for poverty.  Subsequently, he worked with a ‘Kobi Gaan’ troupe and also took up a job at a bakery.

At this stage, Nazrul started writing poems and his talent soon grabbed the attention of police officer Kazi Rafizullah, who gave him shelter at his house at Trishal in Mymensingh in 1914 and got him enrolled in Class VII at Darirampur School.

Nazrul joined the British Army in 1917 as a soldier. During his job in the army for two years and a half, he was introduced to Persian literature and learnt to play different instruments and music following notations.  After the abolition of 49 Bengal Regiment, in which Nazrul was working, by the British Army in 1920, he dedicated himself to writing of revolutionary poems and essays.

He started a fortnightly magazine, 'Dhumketu', in August 1922.

The rebel poet is particularly noted for his unique and unparalleled poem 'Bidrohi'.

In his creative life, Nazrul also worked as a lyricist and music composer for the popular music brand HMV.

The nation drew inspiration from Nazrul’s poems and songs during the Liberation War and democratic movements and struggles. After the country’s independence, Nazrul was declared the national poet and he was brought to Dhaka from Kolkata. He died here in 1976.