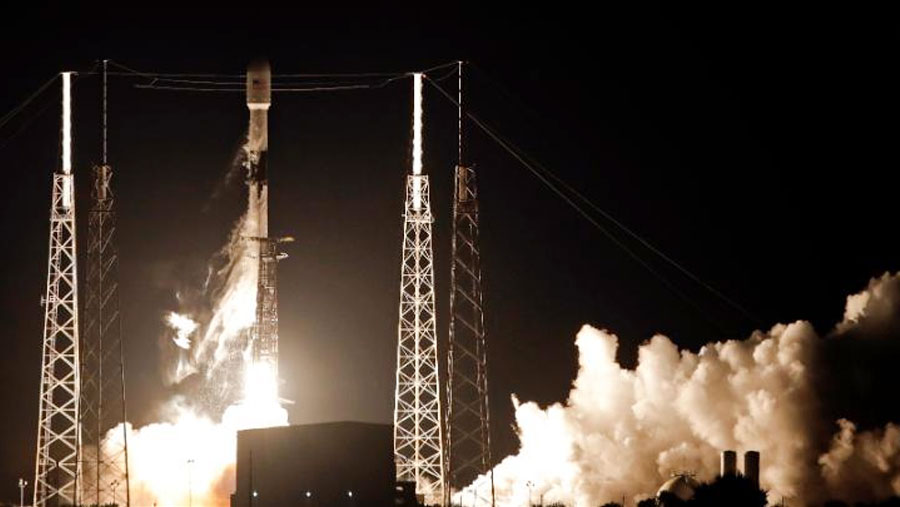 SpaceX vaulted a rocket full of 60 satellites into the sky, marking a huge leap forward on its mission to put up a megaconstellation that could beam cheap broadband all over the planet.

The SpaceX company has begun the roll-out of its orbiting broadband system. A Falcon-9 rocket launched from Cape Canaveral in Florida late on Thursday, packed with 60 satellites capable of giving users on the ground high-speed connections to the internet.

Entrepreneur Elon Musk's firm aims eventually to loft nearly 12,000 spacecraft for its "Starlink" network. SpaceX is one of several commercial outfits with permission to fly an internet mega-constellation.

Others include the UK-based start-up OneWeb, which began its roll-out in February with six operational spacecraft. Online retailer Amazon also has ambitions in this market. It's working on a 3,200-satellite proposal known as Project Kuiper.

All the concepts envisage flying spacecraft in a low-Earth orbit less than 2,000km above the planet. This will minimise the delay, or latency, in the internet connections.

Deployment of the Starlink satellites was successfully completed just over an hour into the flight, SpaceX announced.