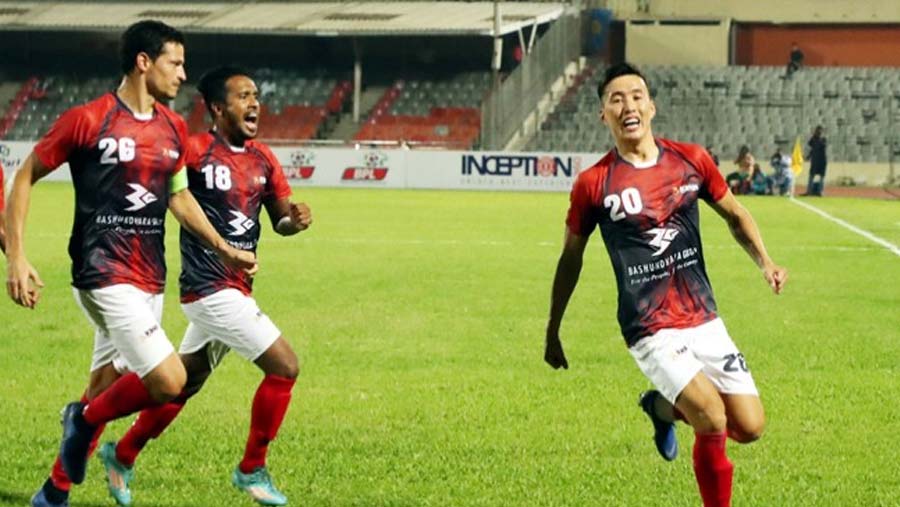 With the win, Bashundhara Kings continued their unbeaten run in the league as the lone team collecting 40 points, seven points ahead of Dhaka Abahani, with 13 wins and one draw from 14 league matches.

Defending champions Dhaka Abahani are in the second slot with their previous credit of 33 points from 14 matches with 11 wins and three losses.

Dhaka Abahani started an attacking football from the very beginning to dominate the match over star-studded Bashundhara Kings. The Dhanmondi outfit starved Bashundhara Kings of possession but the league leaders thwarted all of their attempts.

Just six minutes before the half time, Bashundhara Kings did not miss the chance to score a goal utilising a free kick awarded by referee for a foul (1-0).

In the 39th minute, Kyrgyzs midfielder Baktyiar Duishobekov scored the match winner for the Kings by a right-footed direct free kick.

Like the first half, Dhaka Abahani missed several close chances to level the score in the second half.

Earlier, Dhaka Abahani conceded 0-3 goals defeat against the Kings in their first encounter of the ongoing BPL on Jan 23.

The Kings beat the defending champions by 7-6 goals in a sudden death session of the tie-breaker of the Independence Cup Football 2018 semifinal on Nov 29.

Before that, Abahani defeated the Kings by 3-1 goals to clinch the Federation Cup 2018 title on Nov 23.