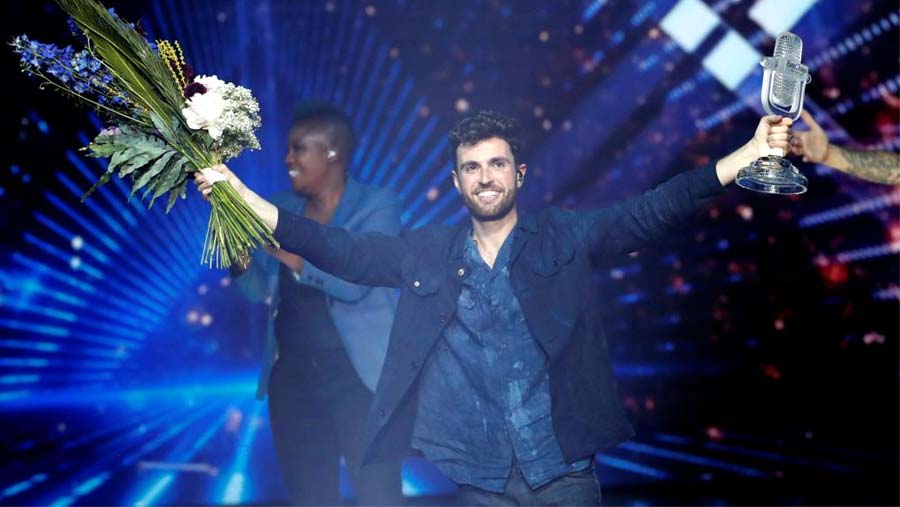 Singer Duncan Laurence from the Netherlands has emerged victorious at the 2019 Eurovision Song Contest. The finals were held Saturday (May 18) night in Tel Aviv, Israel. Italy finished second, followed by Russia, Switzerland and Norway.

The Netherlands' Duncan Laurence has won the 2019 Eurovision Song Contest with his song Arcade. He had been the bookmakers' favourite to win, and came through to the top of the leaderboard with 492 points after the public vote.

The UK's Michael Rice came bottom, after getting just three points from the public vote, and a total of 16 points for Bigger Than Us.

Laurence said: "Here's to dreaming big, this is to music first, always."

The last time The Netherlands won was 1975. The audience joined in as Laurence performed the track again at the end of the show.

Italy finished second with 465 and Russia third with 369 points.

Madonna also performed just before the voting results were announced. She kicked off her set with a version of Like A Prayer, with backing dancers dressed as monks.

She went on to sing Future, her new single featuring the rapper Quavo.