Khaleda will be shifted to Keraniganj jail 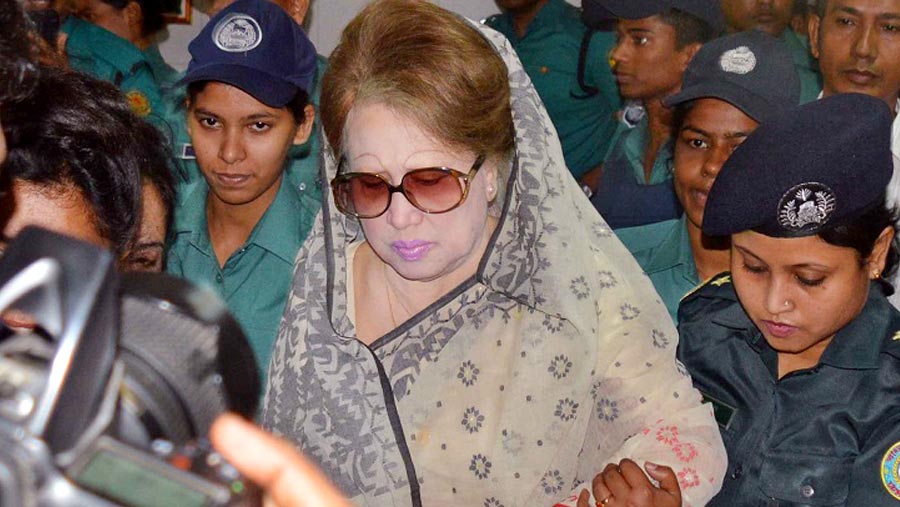 “The government would convert the old central jail into a museum, where Khaleda had been kept since last year. All preparations have been completed to shift her to Keraniganj Central Jail,” he told reporters at his ministry office in Dhaka, local media reported.

Replying to a query, the minister said Khaleda’s health condition is better than earlier, and she was doing well and fasting during the Ramadan.

Khaleda was admitted to the BSMMU on Apr 1 and still ongoing treatment there, he said.

“Begum Zia will get facilities as per the jail code but now she was getting additional facilities out of the jail code considering humanitarian grounds,” he said, adding that Begum Zia could not live in jail alone so that an innocent woman was permitted to stay with her.

“The government has decided to hold trial of the other pending cases against BNP Chairperson Khaleda Zia at central jail in Keraniganj. A gazette notification was also issued in this regard on Monday,” Asaduzzaman said.

Currently, the trial proceedings in 17 cases against Khaleda are being held at a makeshift court set up in the old jail at Bakshibazar in the city.