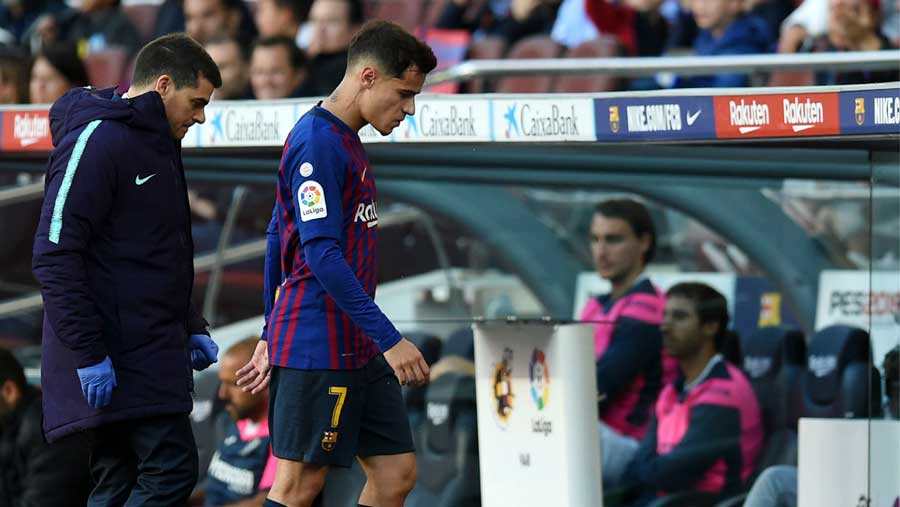 F.C. Barcelona's preparations for the Copa del Rey final have taken another hit, with the LaLiga champions confirming that Philippe Coutinho will be out for approximately 10 days.

Coutinho, who struggled to make an impact in Barcelona's Champions League capitulation at Liverpool in midweek, put in an impressive display against Getafe on Sunday (May 12) before limping off midway through the second half.

And Barca have now provided an update on the Brazil international, confirming on Twitter that he "is expected to be out for around 10 days" with a hamstring injury.

Coutinho may now face a race against time to be fit for the Copa del Rey final, though if Barca's timescales are correct, the former Liverpool playmaker will be back in contention for the clash with Valencia on May 25.

Barca will, however, be without Luis Suarez, who could be out for up to six weeks following knee surgery earlier this week.