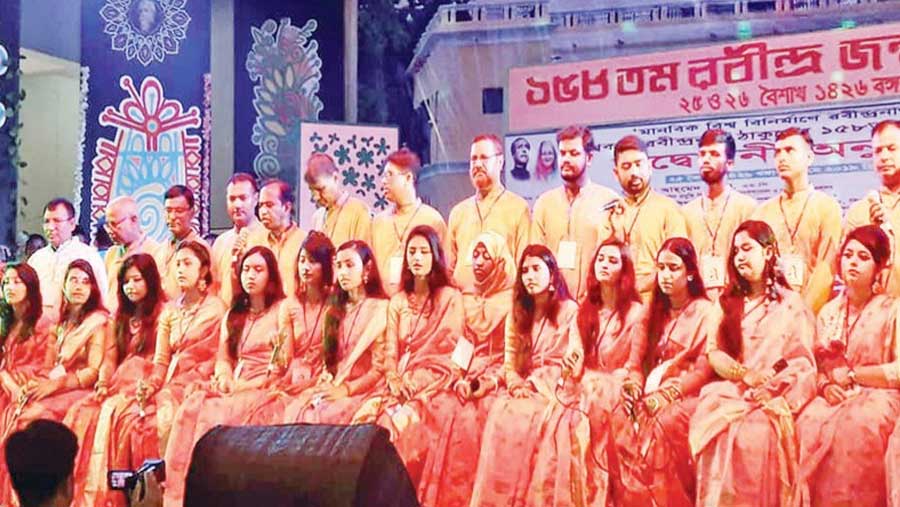 A two-day Rabindra festival featuring discussions, drawing competition for children, cultural show and others was held at Rabindra Kachari Bari in Shahjadpur in Sirajganj on Wednesday and Thursday.

Rabindranath Thakur promoted Bangla literature and language to the global community. His works give us a glimpse into the rich scenic beauty and culture of Bengal, said Palak.

Following the discussion, the programme featured a vibrant cultural show to the delight of the audience.