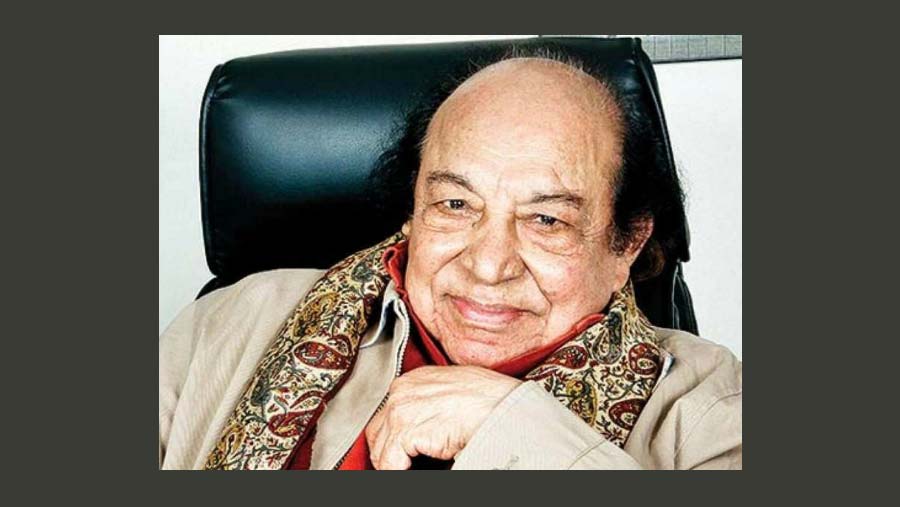 "My father passed away last night (Friday, May 10) at 9.30 p.m. in his sleep at home after a prolonged illness," the acting guru's son Rohit Taneja told on Saturday (May 11) morning. He is survived by his wife Mithika and sons Rohit and Rahul.

The cremation will be held at 4.30 p.m. on Saturday at the electric crematorium in Santacruz West.

Roshan Taneja, known to many as the 'pioneer of method acting' in India, is held in high regard in the Hindi film industry. He had been training talent since the 1960s, first at the Film and Television Institute of India (FTII) in Pune and later at his private school in Mumbai, the Roshan Taneja School of Acting.

Shabana paid condolences to the Taneja family, and tweeted: "Late last night came the sad news that Roshan Taneja passed away. He was my Guru at FTII and the only person whose feet I touched. I was privileged to be trained in acting by him."

Rakesh Bedi wrote: "A very sad day for me. My guru Roshan Taneja expired yesterday. I owe my career to him. Rest in peace."

National Award-winning filmmaker Atanu Ghosh tweeted: "With him, ended an illustrious era spanning more than five decades. The greatest teacher of method acting we ever had. The revered guru to no less than four generations of brilliant actors. Rest in peace sir."