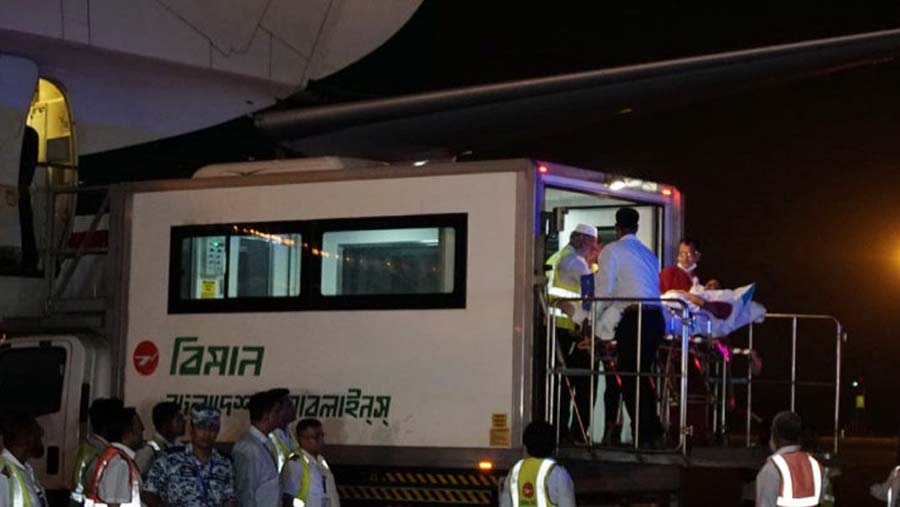 Four injured passengers and six crews of the Biman Bangladesh Airlines flight BG-060 that skidded off runway at Yangon International airport on Wednesday arrived on Friday (May 10) night.

Among the injured passengers, three were transferred to Apollo Hospitals Dhaka while one of the pilots was taken to Combined Military Hospital (CMH) from the airport.

“Biman is giving all-out support to the passengers and also bearing the treatment cost,” Mahbub Ali told newsmen at the airport. He said Biman has already formed a six-member probe body headed by the airlines chief of flight safety Captain Shoeb Chowdhury to look into the incident.

The flight BG-060 from Dhaka, operated by Dash-8 Q 400 aircraft suffered an overrun incident on landing amid rough weather at approximately 6.22 p.m. local time at Yangon airport on Wednesday, wounding 19 including one infant and six women out of 35 passengers and crews.

Apart from six crews, there were 29 passengers including one infant from Bangladesh, Myanmar, India, China, Denmark, France, Britain and Canada, the official sources said.