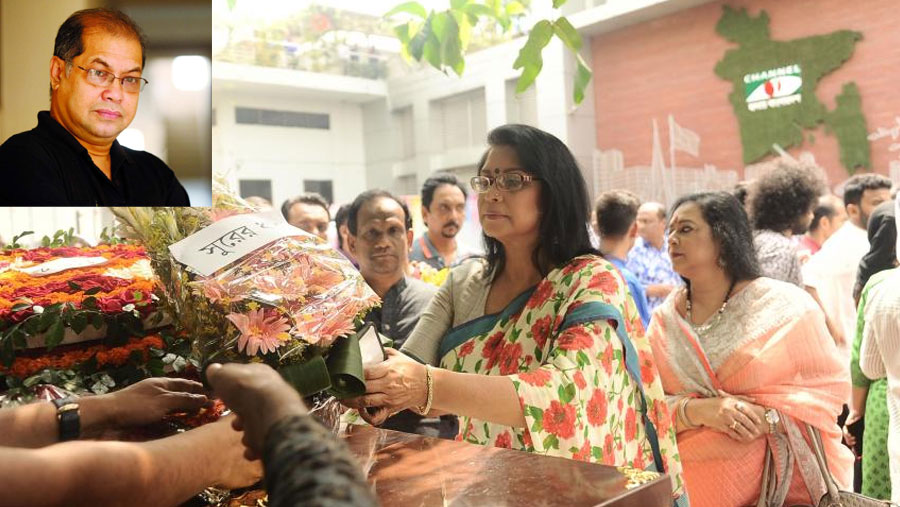 Noted singer Subir Nandi, who passed away at a Singapore hospital on Tuesday, was cremated at Sabujbagh crematory in the city on Wednesday (May 8). The funeral took place in the evening, local media reported citing his family members.

Earlier, people from all walks of life paid their last respects to the renowned singer at the Central Shaheed Minar and Bangladesh Film Development Corporation (BFDC).

Subir Nandi's body was kept at the Central Shaheed Minar from 11 a.m to 12 noon so that people can pay their tributes to the noted singer. Later, it was taken to the BFDC around 12:55 p.m.

The body of Subir Nandi was also taken to Channel i office and Ram Krishna Mission in the city before the cremation.

The body of Subir Nandi was brought back from Singapore in the morning. A flight of Regent Airways, carrying the mortal remains, landed at Shahjalal International Airport around 7 a.m.

The 65-year-old singer died at a hospital in Singapore in the early hours of Tuesday (May 7).