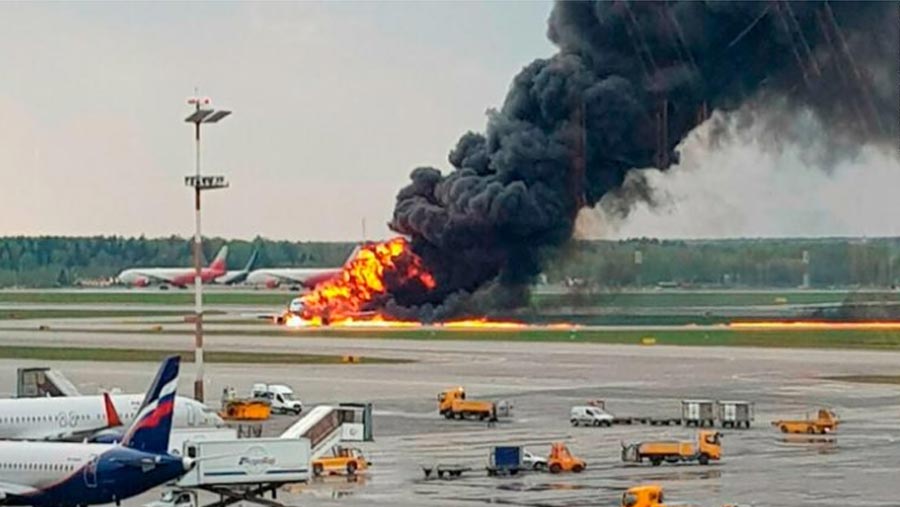 Forty-one people on board a Russian passenger jet were killed, including at least two children, after the aircraft crash-landed at a Moscow airport on Sunday (May 5), bursting into flames on impact and bouncing down the runway.

Once the plane had come to a halt, passengers escaped using emergency slides from the plane's two forward doors, before running away from the burning aircraft.

Initial reports said the Superjet 100 was flying from Moscow to Murmansk, a Russian city in the Arctic circle, when an emergency on board forced it to turn back.

Russia's Interfax news agency reported that a "loss of communication" caused by a "lightning strike" had led to the decision to return to Sheremetyevo. No official cause has yet been provided for the disaster.

A total of 78 people were aboard the stricken flight, including five crew members. Thirty-seven people survived, five of whom are currently receiving treatment in hospital, said Elena Markovskaya, a spokeswoman for Russia's Investigative Committee.

A passenger in a plane waiting to depart Moscow posted video on Instagram purportedly showing fire crews attending the scene as the aircraft sat in flames on the runway.