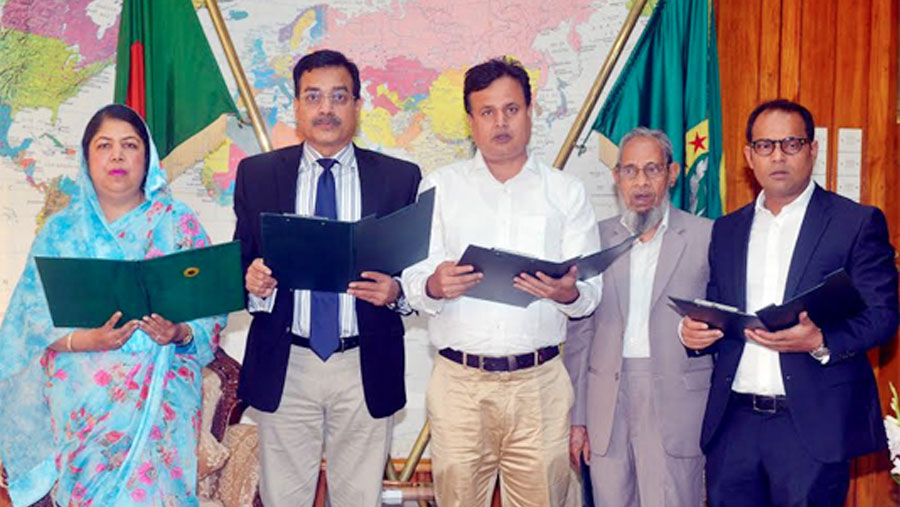 “We have taken oath at the directives of the party’s acting Chairman Tarique Rahman,” Harun-ur-Rashid from Chapainwabganj-3 told journalists after taking oath.

When asked about their party’s position, he said, “Our party has also given us decision to take oath”.

A total of six candidates from BNP were elected members of the parliament in the 11th Jatiyo Sangsad election held on Dec 30, 2018.

With these four MPs, five lawmakers of BNP took oath. On Apr 25, another MP-elect from BNP, Zahidur Rahman, took oath.