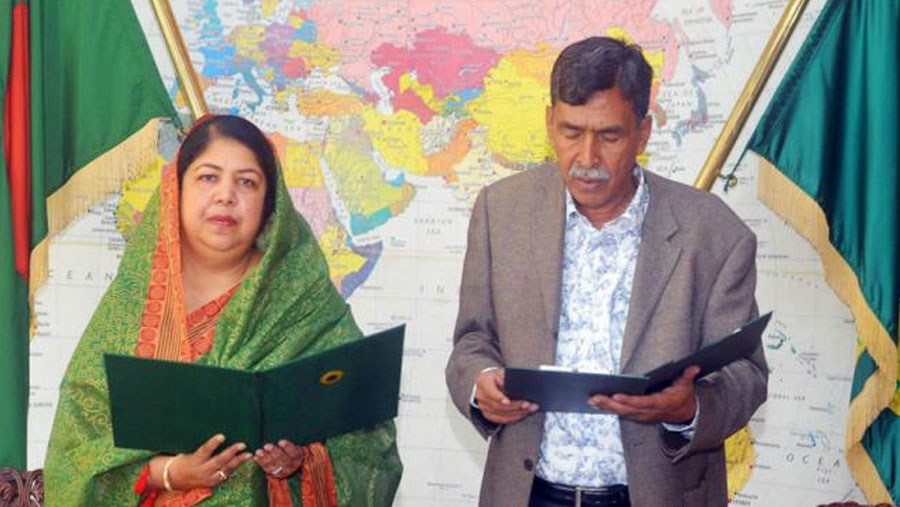 Md. Jahidur Rahman Jahid , who was elected member of parliament (MP) from Thakurgaon-3 constituency on the BNP ticket, was sworn-in as a lawmaker on Thursday.

After the ceremony, Jahid also signed the oath-taking book for MPs.

The BNP-led Jatiyo Oikyofront got eight seats in the Dec 30 national elections. Of them, BNP secured six seats.

In the meantime, the two Gonoforum MPs have already taken oath.