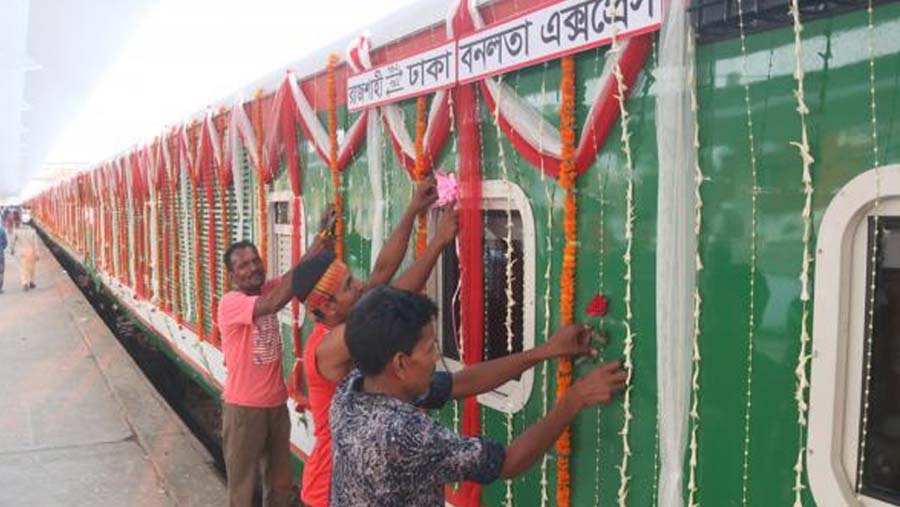 A new intercity train service connecting Dhaka and Rajshahi began test run this morning with an aim to boost rail connectivity with the northern district. Prime Minister Sheikh Hasina inaugurated the service through a video conference. It was she who named the train after the famous heroine of poet Jibanananda Das.

The train will be running up and down Dhaka-Rajshahi six days of the week with Fridays off.