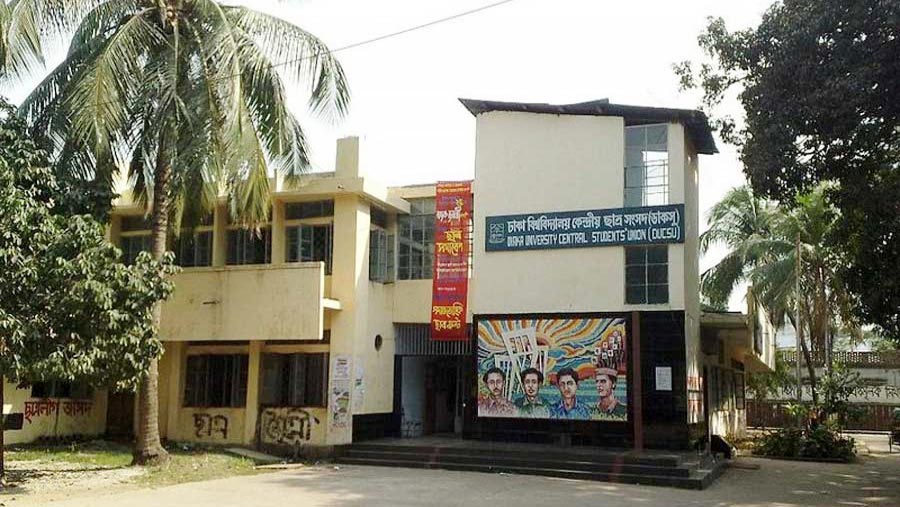 The authorities concerned have completed all necessary preparations to hold the elections to University Central Students' Union (Ducsu) and its hall unions’ elections, slated for Monday (Mar 11).

The much-anticipated election to Dhaka University Central Students’ Union (DUCSU) and hall union has drawn a huge attention to people of all classes in the capital city and across the country as everything is set to hold the long-overdue polls today. Students of the university will franchise their voting rights in the election to be held from 8 a.m. to 2 p.m. without a break, local media reports said.

Voters will have to show their identity cards to cast their votes. Some 500 polling booths have been set up in 18 residential halls for the election. Special arrangements were made for physically challenged voters.

All types of electronic devices, including mobile phones, are prohibited in polling booths as archways and metal detectors have been installed to detect those.

In the hall union elections, a total of 509 aspirants are vying for 13 positions in each of 18 residential halls of the university including five female dormitories.

On the eve of polls, the Dhaka University campus, which is considered as the breeding ground of national politics, is teeming with the leaders and activists of all student bodies.

Auroni Semonti Khan, Shafi Abdullah, and Amit Paramanik are contesting for the VP, GS and AGS posts respectively from Swatantra Jote, an alliance of independent candidates.

The authorities have already chalked out necessary steps to hold a free, fair neutral and acceptable election, which is seemed to be a tough one with the participation of all active students’ bodies.

All the classes and examinations of DU will remain closed on the polling day.

Dhaka Metropolitan Police have imposed a 24-hour restriction on movement of outsiders and vehicles on the campus from 6 p.m. Sunday (Mar 10).

Law enforcement agencies will inspect all seven entry points of the campus to help hold the polls in a peaceful manner averting any untoward incidents during the polls, DMP Commissioner Asaduzzaman Mia told a press briefing at Shabagh police station on Saturday.

Vehicles or rickshaws without a valid university pass or sticker will not be allowed to enter the university. The authorities have also imposed a limit on the number of media personnel on the campus during the election. Journalists have been given special passes to cover the polls, the DMP commissioner said.

Authorities have also requested Dhaka Medical College Hospital-bound people to use the Bakshibazar-Chankharpool route during the polling hours.

The much-awaited election to DUCSU and its hall unions is going to held after nearly three decades as the last polls were held in 1990.