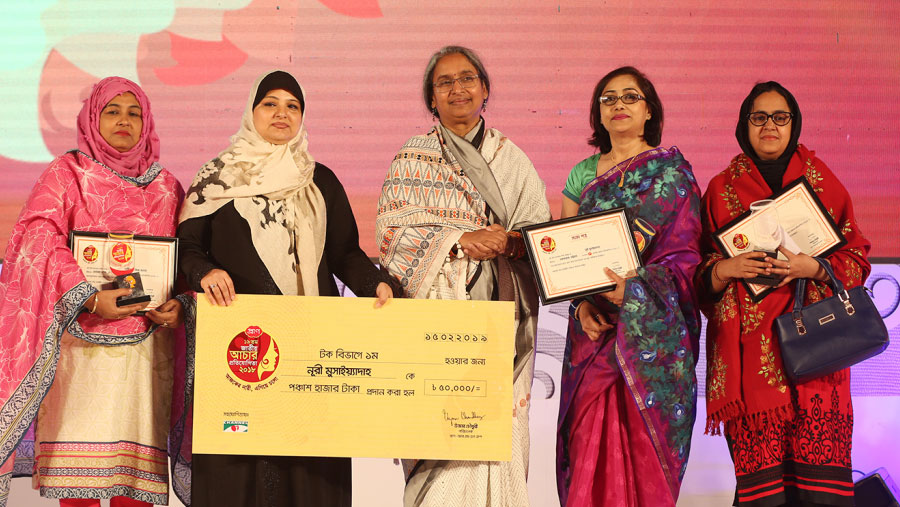 Pickle of Nowrin Ahsan of Dhaka was judged as the 'Pickle of the year'. She received Tk 2 lakh as prize money. Besides, a total of 12 women in four categories - sweet, sour, hot and mixed - won the awards while another 35 were given complimentary awards.

Addressing the program, Dr Dipu Moni said, “Pickle is a part of our tradition. The women of the country have been making pickle for long time. But they never consider it as a commercial item. This pickle competition is working as a platform for the women to move forward.”

Ahsan Khan Chowdhury said, “PRAN is running its activities with the country’s general people especially women and farmers. PRAN is entering to world market after processing the farmer’s crops and becoming popular to the world as PRAN (heart) of Bangladesh. PRAN group is working relentlessly regarding women empowerment. We have been organizing the event for last 19 years to show the respect to the activities of country’s women folk.”

The award giving ceremony was followed by a colorful cultural function where popular singer Salma and artists of Shurer Dhara participated. In addition, a day-long ‘Achar Utsab’ was held at the program premises.