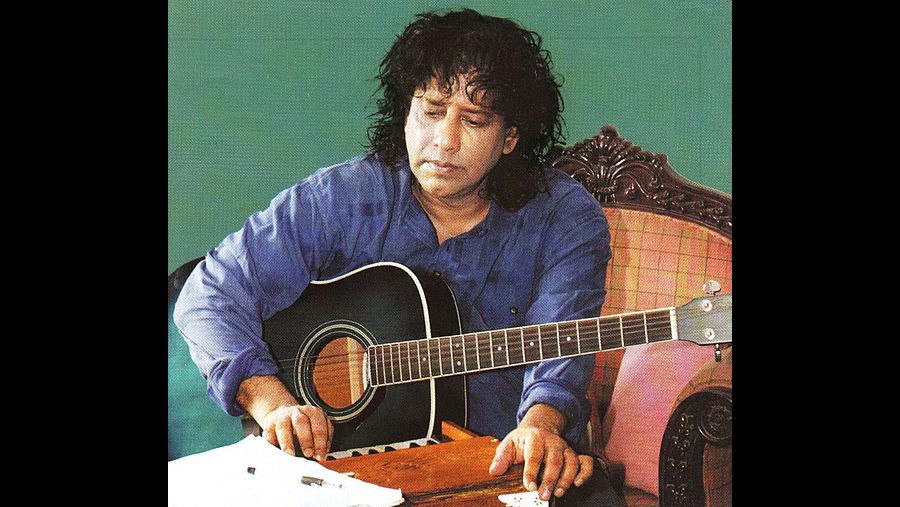 Ekushey Padak winning lyricist, composer, music director and freedom fighter Ahmed Imtiaz Bulbul died of cardiac arrest in the early hour on Tuesday (Jan 22). He was 63. He fell sick at home in the morning and was brought to a city hospital, where doctors declared him dead, local media reports said.

Bulbul was brought to the hospital at around 6 a.m. Doctors in emergency unit later found him dead, hospital sources said.

In May 2018, Bulbul was has diagnosed with heart disease. Doctors at Ibrahim Cardiac Hospital & Research Institute, Dhaka detected eight blocks in Bulbul’s heart. The seasoned music composer, who received treatment at the hospital, in an emotional social media post, had informed the nation about his health condition. Prime minister Sheikh Hasian later announced to bear the treatment expenses of Bulbul.

Ahmed Imtiaz Bulbul, who took part in the liberation war at the age of 15, in his long and eventful career has written and composed songs for more than 350 Bangla films. Besides, he also composed many popular modern and patriotic songs.

He earned several awards including the National Award, President's Award and others.

In a condolence message, the PM recalled with profound respect Bulbul’s outstanding contributions to the country’s liberation war as well as music industry.

“The country has lost a valiant freedom fighter and prominent singer and music composer in his death,” she said, adding his death is an irreparable loss to the music industry.

Sheikh Hasina prayed for eternal peace of the departed soul and conveyed profound sympathy to the bereaved family.

The head of the state prayed for eternal peace of the departed soul and conveyed profound sympathy to the bereaved family.