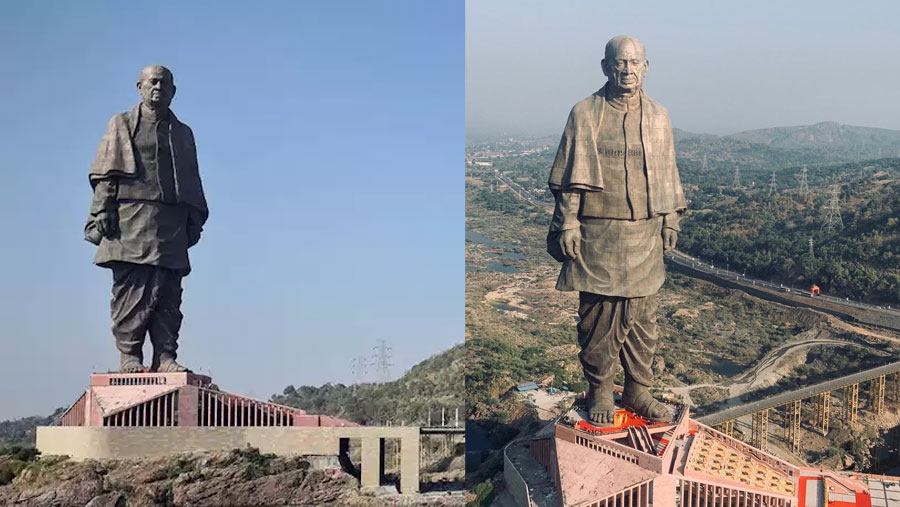 India has unveiled the world's tallest statue on Wednesday. The 597ft high structure in the western state of Gujarat is a bronze-clad tribute to independence leader, and India's first Deputy Prime Minister Sardar Vallabhbhai Patel.

Prime Minister Narendra Modi said the "statue of unity" would serve as a major tourist attraction. Modi, who unveiled the statue at a grand inaugural event, said it is "a symbol of India's integrity and resolve."

It is nearly twice as tall as New York's Statue of Liberty. And it has surpassed the height of the Spring Temple Buddha in China which, at 128m, was previously the tallest in the world.