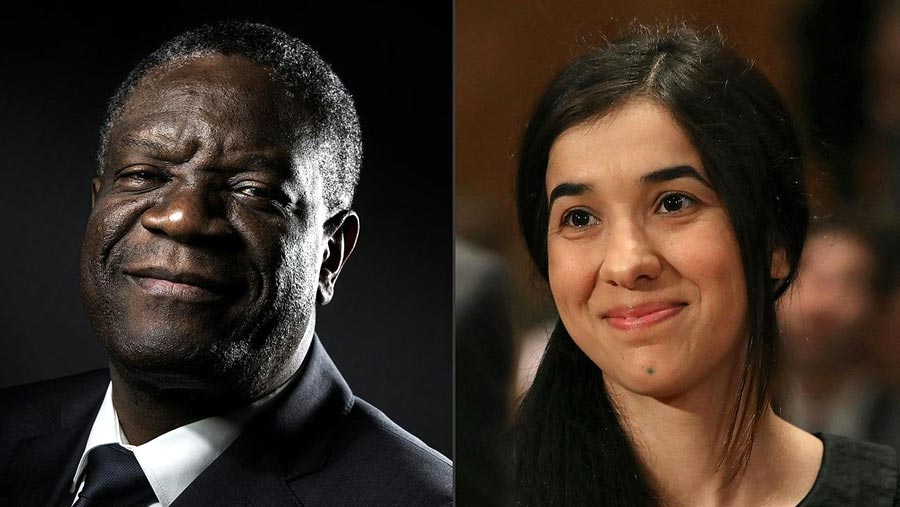 The 2018 Nobel Peace Prize has been awarded to campaigners against rape in warfare Nadia Murad and Denis Mukwege.

The Nobel Peace Prize has been awarded to Denis Mukwege and Nadia Murad "for their efforts to end the use of sexual violence as a weapon of war and armed conflict." The winners were named Friday (Oct 5) by the Norwegian Nobel Committee, media reports said.

Congolese doctor Mukwege has been a critic of the Congolese government and has treated victims of sexual violence. Murad is a Yazidi who was a captive of the Islamic State group.

The prize will be presented in Oslo on Dec 10, the anniversary of the death of Swedish industrialist Alfred Nobel, who founded the awards in his 1895 will.

Earlier this week, the Nobel Prize for Physics was awarded to Donna Strickland, only the third woman winner of the award and the first in 55 years. The Canadian was announced along with Arthur Ashkin, from the US, and Gerard Mourou, from France.

The Nobel Prize for Medicine was awarded to two scientists - Professor James P Allison from the US and Professor Tasuku Honjo from Japan - who discovered how to fight cancer using the body's immune system.