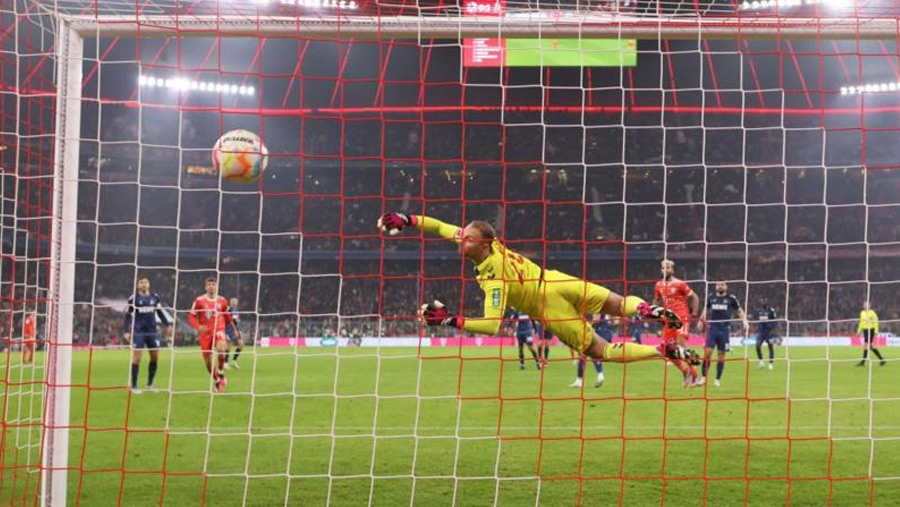 A 90th-minute equaliser from Bayern Munich midfielder Joshua Kimmich saved his side from a second loss of the season, as they drew 1-1 at home against a dogged Cologne on Tuesday (Jan 24).

Ellyes Skhiri's fourth-minute volley had looked as if it would give Cologne victory. But Bayern dominated from then on and Kimmich struck from outside the box in stoppage time to rescue a point.

Bayern are four points ahead of RB Leipzig, who moved up to second by thrashing bottom club Schalke 6-1, with Andre Silva scoring twice.

Silva opened the scoring in the seventh minute before Benjamin Henrichs drove in the second eight minutes later.

Silva got his second of the game a minute before the break and Timo Werner added a fourth in first-half stoppage time.

Soichiro Kozuki pulled a goal back in the 56th minute for Schalke but late goals from Dani Olmo and Yussuf Poulsen wrapped up the dominant win.

Leipzig are second on 32 points while Bayern lead the way on 36.