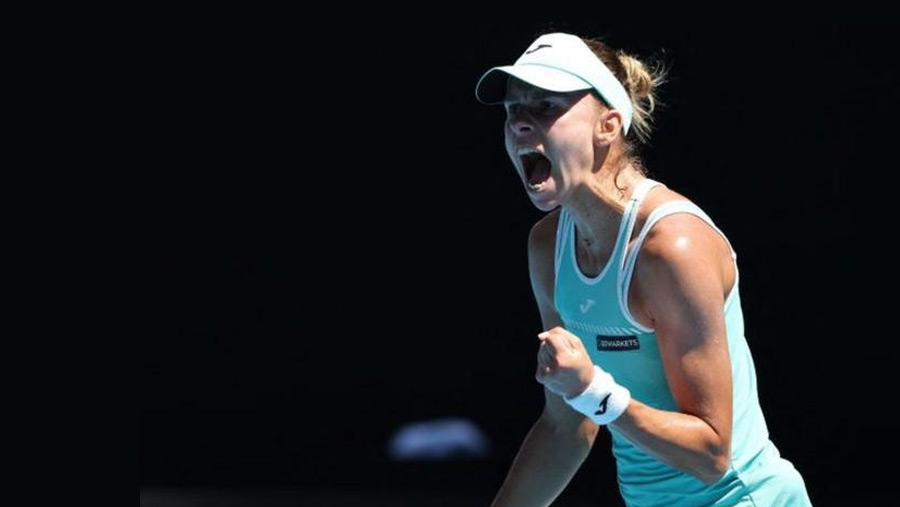 Magda Linette continued her dream Australian Open run as she defeated Karolina Pliskova to reach the semi-finals in Melbourne. The Polish world number 45 had never previously gone beyond the third round at a Grand Slam in 29 attempts. But she produced a fearless display in a 6-3 7-5 win over Czech two-time major finalist Pliskova on Rod Laver Arena.

Sabalenka and Vekic, both contesting their first Australian Open quarter-finals, meet at 02:00 GMT.

"I'm so emotional. I can't really believe it. It is really a dream come true. I'm super grateful and happy," Linette said.

"I will never forget this. This will stay with me for life."

Many would have predicted Poland to be represented in the latter stages of the women's draw, given the form of world number one Iga Swiatek.

But while Swiatek's bid ended in the fourth round, Linette's best Grand Slam run extended to a fifth win at Melbourne Park as she dispatched former world number one Pliskova.

Well supported on the main show-court, the unflinching Linette recovered from being broken in the first game of the match to take control of the set, winning five of the following six games.

Her lack of experience in the second week at a Slam did not show as she saved a break point before serving out the set, with Pliskova tossing aside her racquet in frustration after dropping her first set of the tournament.

Having beaten world number four Caroline Garcia on her march to the last eight, Linette's confidence was evident against a misfiring Pliskova.

After saving two break points at 2-1 down in the second set, the Pole created three opportunities of her own in both the fifth and seventh games as she sought a decisive blow.

With Pliskova increasingly troubled by a wrist injury, Linette was eventually able to capitalise on a break opportunity before serving out the biggest win of her career.