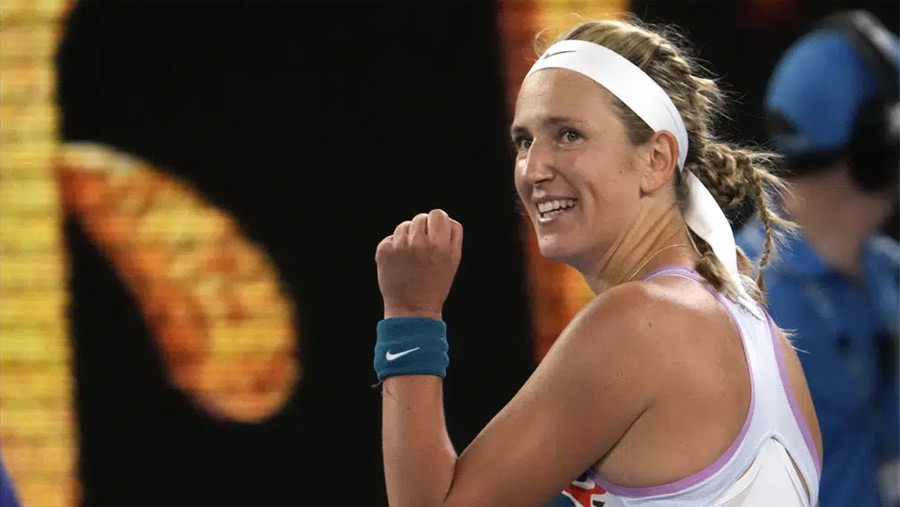 Victoria Azarenka continued her quest for a third Australian Open title – a decade on from her last – by knocking American third seed Jessica Pegula out in the quarter-finals. The 33-year-old Belarusian, seeded 24th, made a confident start and used the momentum to win 6-4 6-1.

Pegula was the highest seed left but must wait for a first Slam semi-final.

Rybakina, 23, fired 11 aces and 24 winners as she claimed a dominant victory over Latvia's 17th seed Ostapenko.

The Kazakh, who is seeded 22nd, wrapped up victory in one hour and 19 minutes following a lengthy rain delay on Rod Laver Arena.

"I'm super happy to be in the semi-finals for the first time," said Rybakina, the youngest player left in the women's draw.

"Of course I was nervous, especially in the last game. I'm super happy I managed the emotions and I played really well today."