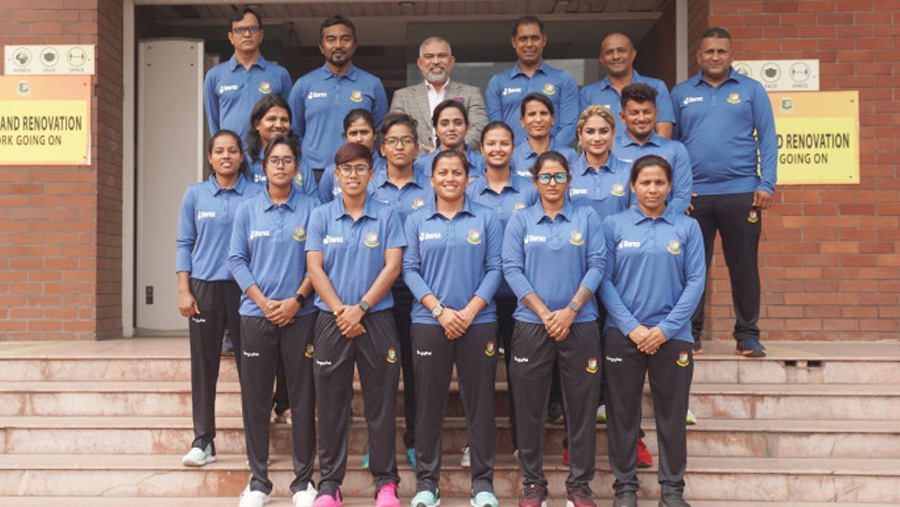 Bangladesh's national women's cricket team flew to South Africa to participate in the upcoming Women's Twenty20 World Cup with the aim of changing the past. They won two matches in their first world cup in 2014. Bangladesh have remained winless since then. This will be the Tigresses' fifth attempt at the Women's T20 tournament.

Nigar Sultana Joty's side left Bangladesh on Monday (Jan 23) evening and will reach Cape Town on Jan 24. The team took part in an official photo session before departing.

Joty said they are aiming to win at least two or three matches this time.

“We won a few matches a long time ago. We want to break the deadlock this time. We've been in a good rhythm. If we can find that in the first match and continue that, we can win two or three matches, I believe,” she said.

Four players from the ongoing Under-19 World Cup will feature in the senior side. Shorna Akter, Marufa Akter, Dilara Akter and Disha Biswas will join the team after their U-19 World Cup campaign. Joty believes their experience of playing in South Africa will help the side.

“They are already playing there, and they've done well. Marufa has been doing really well; Disha, Shorna too,” she added.

“They've been in good form there, we definitely can take inspiration from them (U-19 team).”

This World Cup will be divided into two groups with 10 teams. Bangladesh is in 'A' group with Australia, New Zealand, South Africa and Sri Lanka.