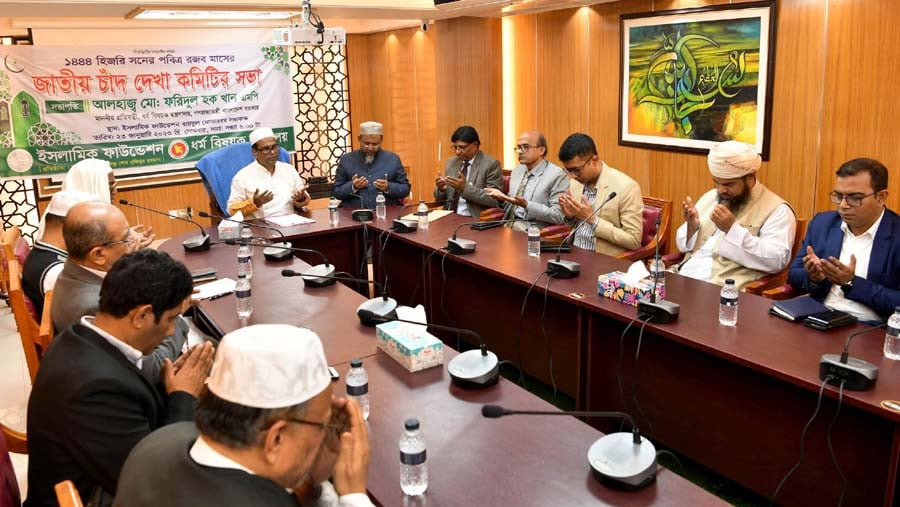 The holy Shab-e-Meraj will be observed on the night of Feb 18 (Saturday) with religious fervor since the new moon of the Arabic month of Rajab of 1444 Hijri was sighted in the country's sky on Monday (Jan 23). The decision was taken at the National Moon Sighting Committee meeting held at the Baitul Mukarram National Mosque conference hall on Monday (Jan 23), said a press release.

The committee, after reviewing all the data, said that the moon of the holy month of Rajab of Hijri 1444 was sighted in the sky of Bangladesh on Monday.

The holy month of Rajab will start Tuesday (Jan 24).