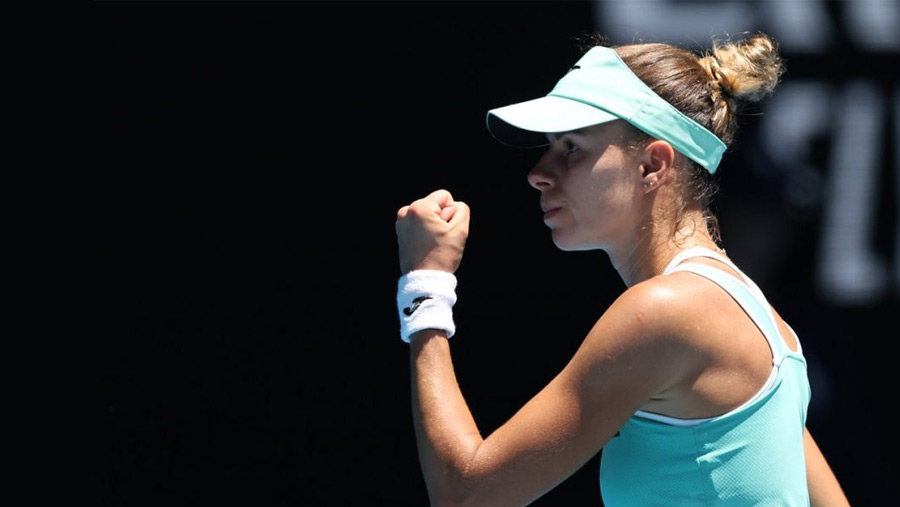 Magda Linette reached her first Grand Slam quarter-final at the age of 30 with a shock defeat of fourth seed Caroline Garcia at the Australian Open.

She had never before progressed past the third round of a major.

"I don't really believe it," said Linette, who will face Karolina Pliskova in the last eight.

"But I don't want to say I didn't expect it, because coming on the court I was confident in how well I'm playing."

Garcia had avoided an upset in the third round in a two-hour battle with Laura Siegemund and opened the first set against Linette with a break to take a 3-0 lead.

But erratic play allowed Linette to fight back, and when Garcia was serving for the first set at 5-4, Linette got the vital break back on her second attempt.

Linette – who made just eight unforced errors in the entire set – took the tie-break with ease before serving out the match after getting the break at 4-4 in the second set.

Belarusian Sabalenka is yet to drop a set at Melbourne Park this year while both she and 12th seed Bencic were on seven-match unbeaten runs coming into the fourth round.

Sabalenka, 24, will next play unseeded Donna Vekic in what will also be the Croatian's first quarter-final in Melbourne.