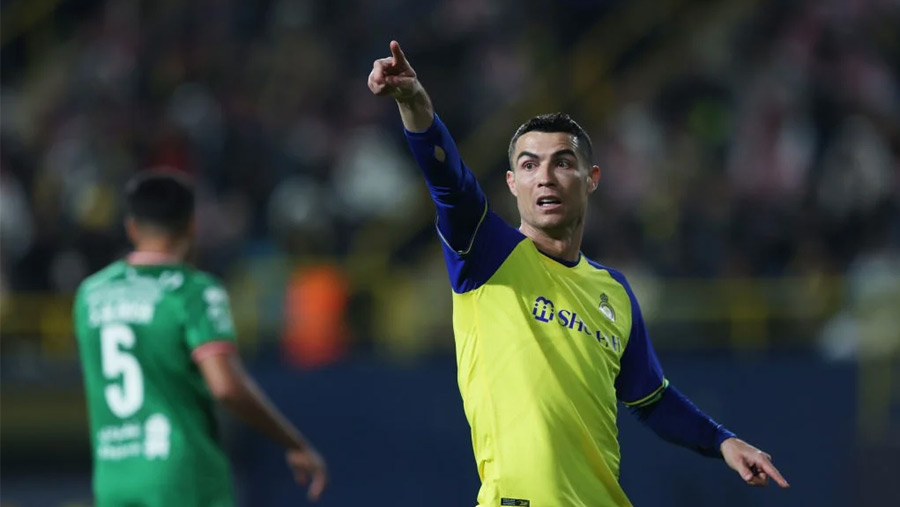 Cristiano Ronaldo's competitive debut for Al-Nassr ended in victory but no goals for the Portuguese as his new side beat Ettifaq 1-0 in the Saudi Pro League. The 37-year-old joined Al-Nassr last month on a reported £177million-a-year contract until 2025. That came after the former Juventus and Real Madrid forward's existing deal with Manchester United was cancelled in the aftermath of a high-profile interview in which he was critical of the club and officials.

Cristiano Ronaldo made his competitive debut for new club Al Nassr in their 1-0 win over Ettifaq in the Saudi Pro League on Sunday (Jan 22).

The 37-year-old Portugal forward joined the club last month on a deal that runs until 2025, reportedly earning more than £177m per year.

He led the line and played the entire game in which Brazilian midfielder Talisca scored the winner.

Al Nassr are top of the Saudi league, a point above second-placed Al Hilal.

Ronaldo – who has played for Manchester United, Juventus and Real Madrid – was greeted by banners and cheers from his adoring fans at King Saud University Stadium in Riyadh.

It comes after he scored twice in Riyadh All-Star XI's 5-4 defeat by Lionel Messi's Paris Saint-Germain in an exhibition match on Thursday.