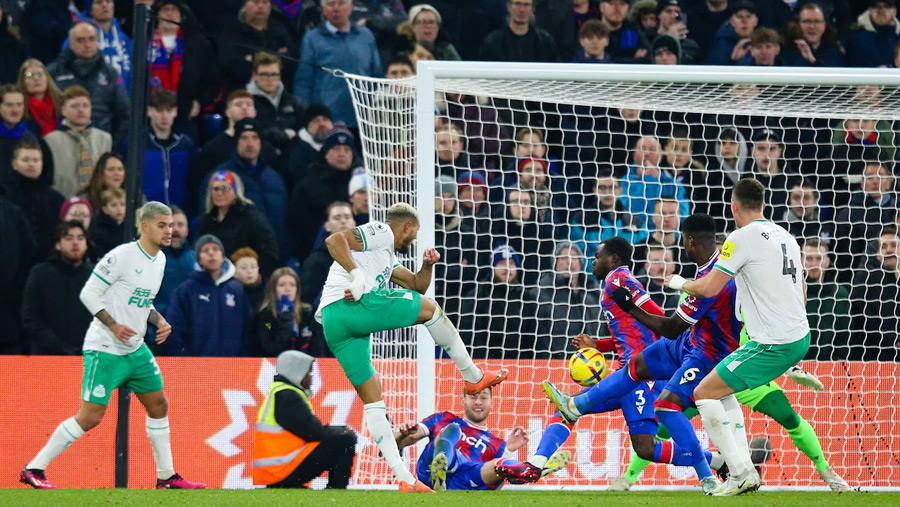 Newcastle United extended their unbeaten Premier League run to a club record 15 matches and recorded a sixth successive clean sheet despite being held to a 0-0 draw at Crystal Palace. The point from a disappointing clash was enough for Newcastle to move back into third place in the standings above Manchester United, who play Arsenal on Sunday (Jan 22).

Newcastle United extended their unbeaten run to a club-record 15 top-flight games with their third goalless draw against Crystal Palace this season.

The Magpies, who moved up to third, had the better chances with Vicente Guaita denying Joelinton three times and Callum Wilson, Sven Botman and Alexander Isak all failing to score headers.

This draw meant Newcastle are eight points behind leaders Arsenal, having played two games more than the Gunners, and possibly ending excitable talk of a title bid.

Palace are yet to win a game in 2023, although this was their second point against a top-four side in four days, having held Manchester United on Wednesday.

They had to wait 72 minutes for their only shot on target with Jean-Philippe Mateta's drive expertly tipped over the bar by Nick Pope – who has now kept nine clean sheets in a row.

On a mixed night for the Eagles, they lost talismanic forward Wilfried Zaha to an apparent hamstring injury in the second half.