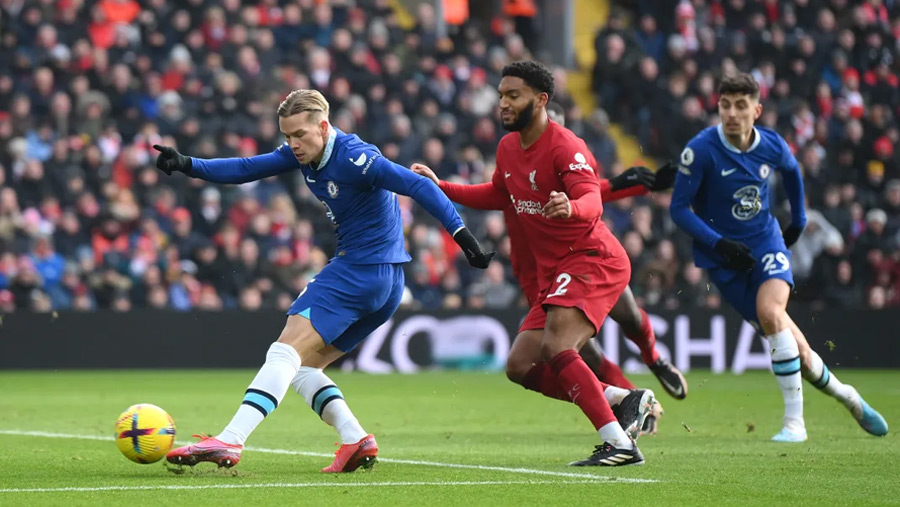 Liverpool and Chelsea's struggles this season continued in a 0-0 draw at Anfield on Saturday (Jan 21). Jurgen Klopp and Graham Potter's respective sides both failed to take control of a match that was there for the taking and they now remain mired in mid-table.

Liverpool and Chelsea laid their respective Premier League struggles bare for all to see in a bitterly disappointing stalemate at Anfield.

The two giants, who have been in constant pursuit of major prizes in recent seasons, are currently locked well outside the top four – and how it showed in a dismal game almost devoid of entertainment and quality.

Chelsea had an early Kai Havertz strike ruled out for offside by VAR and there was also a lively debut as a second-half substitute for new boy Mykhailo Mudryk, while Liverpool keeper Alisson saved well from another new Chelsea signing, defender Benoit Badiashile.

Liverpool's Cody Gakpo was quiet – he did force one save from Kepa, but otherwise there was little to warm a capacity crowd at a freezing Anfield.