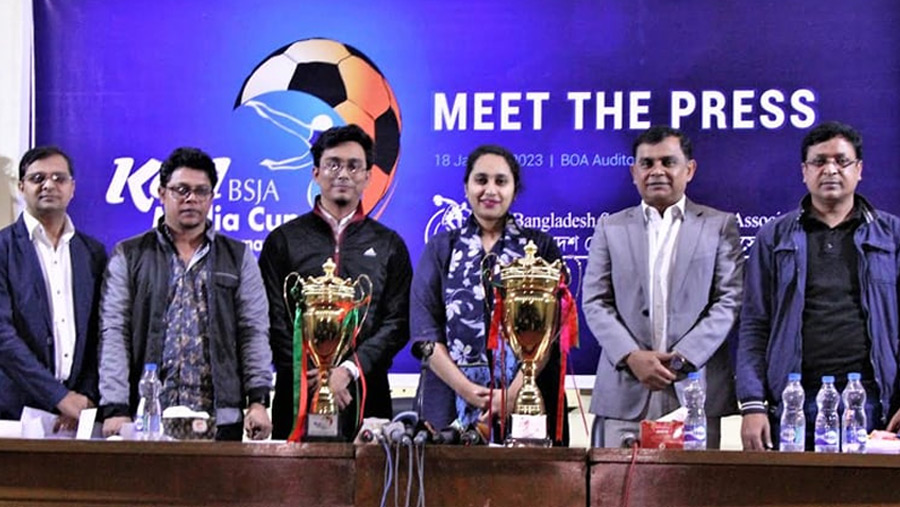 Kool-BSJA media football, a tournament organised by the Bangladesh Sports Journalists Association (BSJA) and sponsored by Square Toiletries Limited, will kick off on Jan 21 at the artificial turf, adjacent to the Bangladesh Football Federation (BFF) Bhaban.

A press conference in this regard was held on Wednesday (Jan 18) at the BOA auditorium in the city. The jersey and trophy was unveiled during the press conference and the grouping of the tournament was also held, local media reported.