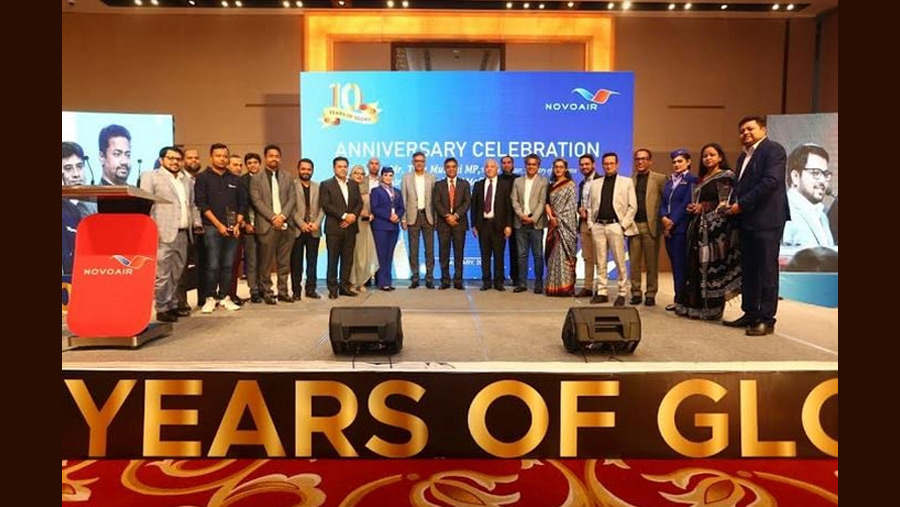 Novoair, the country's one of the private airliners, has awarded the top ten travel agencies of Bangladesh for their significant contribution to passenger transportation. The award was presented at a function organized on the occasion of the 10th anniversary of Novoair at a city hotel on Tuesday (Jan 17).

In his speech, Tipu Munshi said Novoair is making a notable contribution to expanding the country's business by ensuring safe and reliable travel.

"Especially in the districts of North Bangladesh, more flights are essential in expanding trade and employment and developing the tourism industry," he added.

Assuring that Novoair never compromised the quality of passenger service its Chairman said, Novoair's journey begins with the promise of providing a world-class service.

"We are constantly trying to increase the quality of service by adding new services," he added.

Earlier, on Jan 9, 2023, the airliner completed its ten years of operation as the private carrier Novoair started its journey on Jan 9, 2013, with a flight on the Dhaka-Chattogram route.