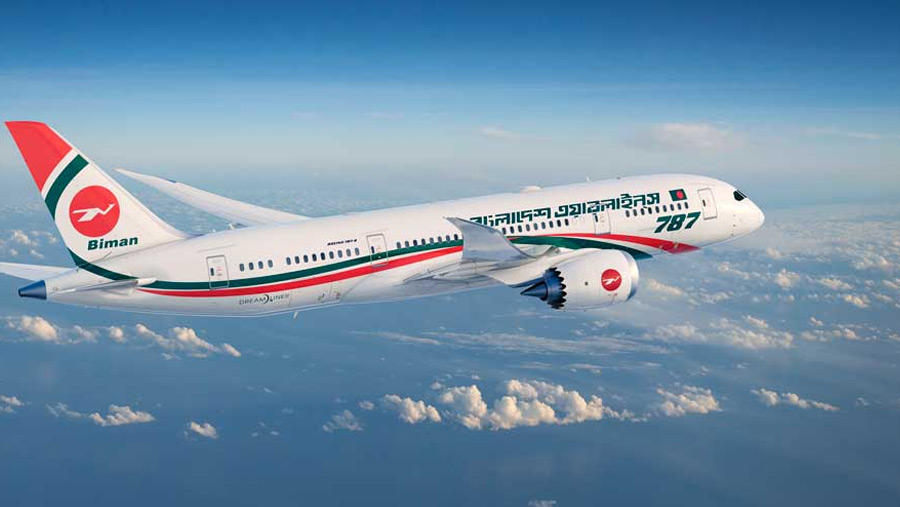 Biman Bangladesh Airlines, the country's National flag carrier on Wednesday (Jan 4) celebrated its 51st founding anniversary. On Jan 4, 1972, under the guidance of the Father of the Nation Bangabandhu Sheikh Mujibur Rahman the carrier started its journey with a DC-3 aircraft. On the occasion of 51st founding anniversary, Biman launched its mobile app with a 'new look' and loyalty club for the convenience of its passengers, said a press release.

A discussion session was held in the conference room of the Biman head office 'Balaka' where Biman Managing Director and CEO Shafiul Azim was present as the chief guest and the directors, officers and employees of the airliner also joined, among others.

In his speech, Biman Managing Director urged the employees of Biman to perform their duties with full dedication and elevate the airlines into one of the top 10 airlines in Asia.

He said all kinds of steps have been taken to turn Biman into a "smart airliner" in "Smart Bangladesh" aligning with Prime Minister Sheikh Hasina's vision.

On Tuesday, at a press briefing on the eve of 51st anniversary of the carrier at Hazrat Shahjalal International Airport here, Biman CEO said that Biman would operate this year's Hajj flights with its own aircraft.

"We won't take any aircraft as lease to operate the Hajj flights," he added.

Recently, Biman saved a total of Tk 20 crore as it successfully conducted 'C'-check of a total five Boeing 787-9 Dreamliner aircraft at Biman's hangar.

The current Biman's fleet contains 21 aircraft including 18 own planes and operates to 20 international destinations.