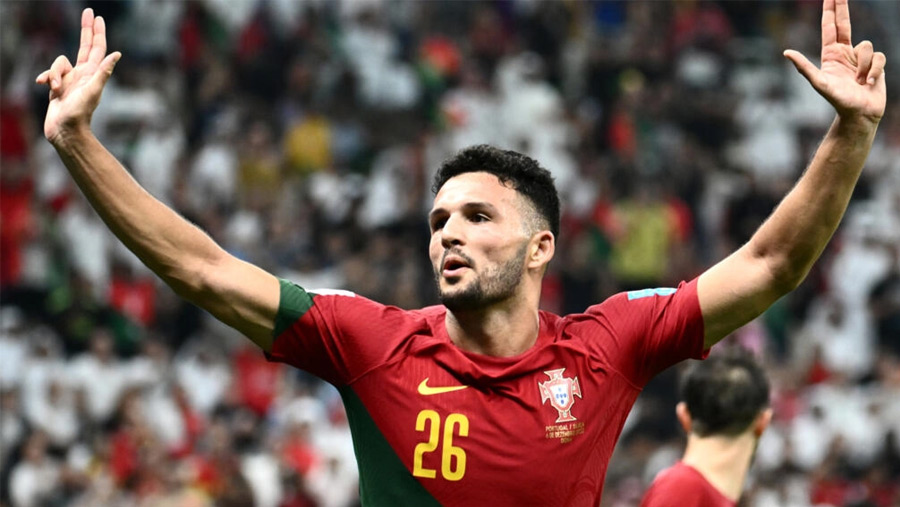 Goncalo Ramos scored the first hat-trick of the 2022 World Cup as Portugal powered towards a place in the quarter-finals with a one-sided mauling of Switzerland on Tuesday (Dec 6).

The 21-year-old Ramos, named in the starting line-up ahead of veteran star Cristiano Ronaldo, struck in the 17th, 51st and 67th minutes as Portugal surged into a 5-1 lead against the Swiss.

Benfica forward Ramos – making his first international start – was substituted for Ronaldo with just under 20 minutes of regulation time remaining at the Lusail Stadium.

Prior to the tournament, Ramos had played just 33 minutes of international football for his country.

Ramos said he had not even dreamt of starting a World Cup knockout match, let alone scoring three in his first start in the tournament.

"Not even in my wildest dreams did I think of making my first start in a World Cup knockout game and scoring three goals," he said.

"But we have to think game by game and prepare for the game (quarter-final with Morocco). This result doesn't matter now. We're going to go all out in the next game."

Ramos was only two years old when Ronaldo made his debut for Portugal and has often spoken of his admiration for the 37-year-old.

Portugal are set to face Morocco in the quarter-finals of the tournament on Saturday.