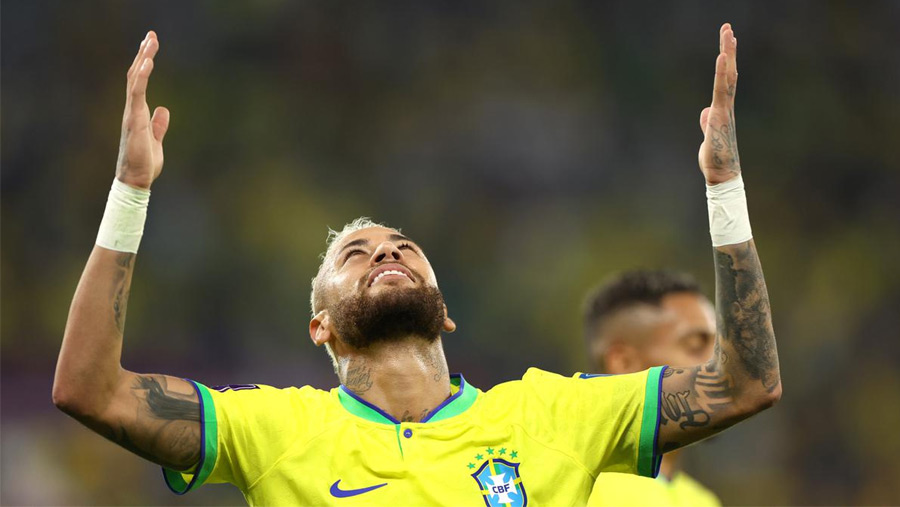 Neymar scored against South Korea in the Round of 16 on Monday (Dec 5) at the Stadium 974 to become the third Brazilian player to have registered goals at three or more World Cups.

He joined Pele and Ronaldo for the feat. Pele has scored at four different editions while Ronaldo scored at three. Neymar, having scored at 2014 and 2018 editions, joined the list with his penalty against the Asian team.

Neymar also moved closer to equalling Pele’s record for most goals in a Brazil shirt. The former football icon has 77 goals, and Neymar is just one short of the tally.

In World Cups, the spot kick was Neymar’s seventh goal in 12 appearances. The World Cup goals tally for Ronaldo and Pele stand at 15 and 12 goals, respectively.

The goal marks the comeback of Neymar who had been side lined from Brazil’s last two group games against Switzerland and Cameroon.

Neymar’s goal was the second goal scored by Brazil in the match. Richarlison had drawn a foul in the penalty area to win the penalty kick.