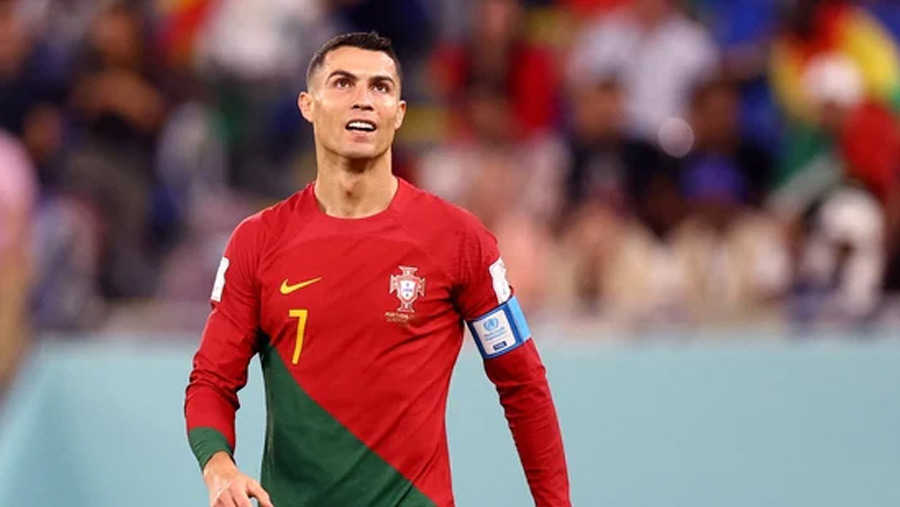 Portugal captain Cristiano Ronaldo shrugged off his bitter split with Manchester United to claim yet another record as he became the first player to score in five World Cups with a penalty to help steer his side to a nervy 3-2 win over Ghana on Thursday (Nov 24).

Cristiano Ronaldo became the first man to score at five FIFA World Cups as Portugal began their campaign with a thrilling victory over Ghana.

Ronaldo was playing for the first time since his controversial television interview last week and his subsequent release by Manchester United following the comments.

And the 37-year-old scored the opening goal from the penalty spot, hammering in after being tripped in the box by Ghana's Southampton defender Mohammed Salisu.

Captain Ronaldo had a couple of chances early on but a low shot was smothered by Lawrence Ati-Zigi and he also headed wide at the far post.

The forward had a goal disallowed for a push on Alexander Djiku while at the other end, Ghana did not have a single shot in the opening period.

The Africans improved in the second period as Mohammed Kudus drilled narrowly wide of the far post and got their reward when Andre Ayew equalised from close range.

But Portugal responded with two goals in two minutes to seal the points - Joao Felix converting a delightfully clipped finish and substitute Rafael Leao coolly stroking in just seconds after coming on.

Osman Bukhari headed in a late consolation for Ghana and there could have been real drama in the ninth minute of stoppage time.

Goalkeeper Diogo Costa put the ball down, seemingly unaware Inaki Williams was behind him, but after racing to intercept the ball, the Ghana forward slipped at the crucial moment and a scuffed shot was cleared off the line.