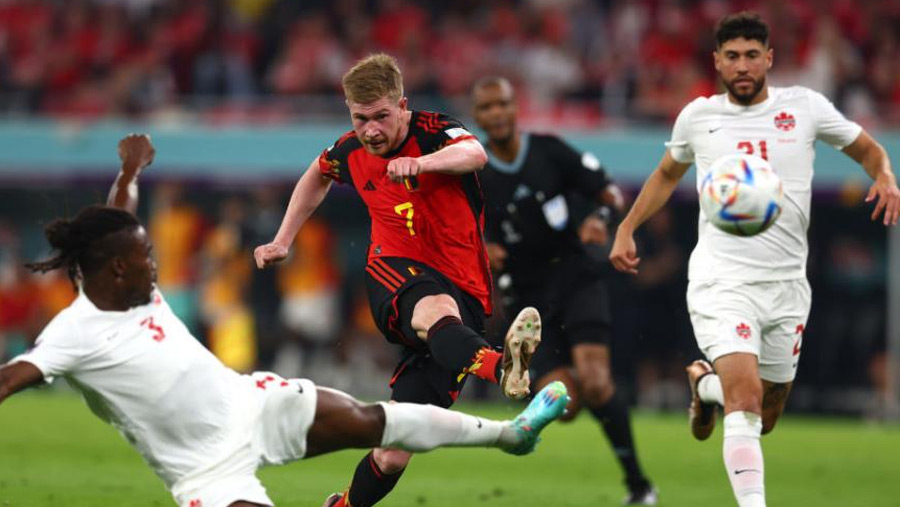 Thibaut Courtois saved an early penalty and Michy Batshuayi scored the only goal to give Belgium a 1-0 win over Canada at the World Cup on Wednesday (Nov 23), spoiling the North American team's return to the tournament after 36 years. The Canadians have yet to collect a point or even score a goal in four World Cup matches, which includes the three games from their debut in 1986. Still, they outplayed second-ranked Belgium at times at Ahmad Bin Ali Stadium, with Alphonso Davies – the star of Canada’s team – squandering the best chance when his penalty was blocked by Courtois.

Belgium laboured to victory in their opening World Cup game as they were pushed all the way by an outstanding effort from Canada.

Canada dominated large portions of this Group F game but were wasteful in front of goal, particularly when Alphonso Davies saw a first-half penalty saved by Belgium keeper Thibaut Courtois.

Courtois also had to save well from Alistair Johnston, but Canada were undone against the run of play on the stroke of half-time when Michy Batshuayi collected Toby Alderweireld's long ball and fired a powerful left-foot finish past Milan Borjan.

Jonathan David wasted a glorious headed chance to draw Canada level and Courtois also saved from Cyle Larin. Canada were also left nursing a sense of injustice after they had two presentable penalty appeals ignored in the first half.

Canada continued to push forward in the second half but it was Roberto Martinez's side who closed out the win, despite a performance that made a mockery of their status as second in the world rankings.