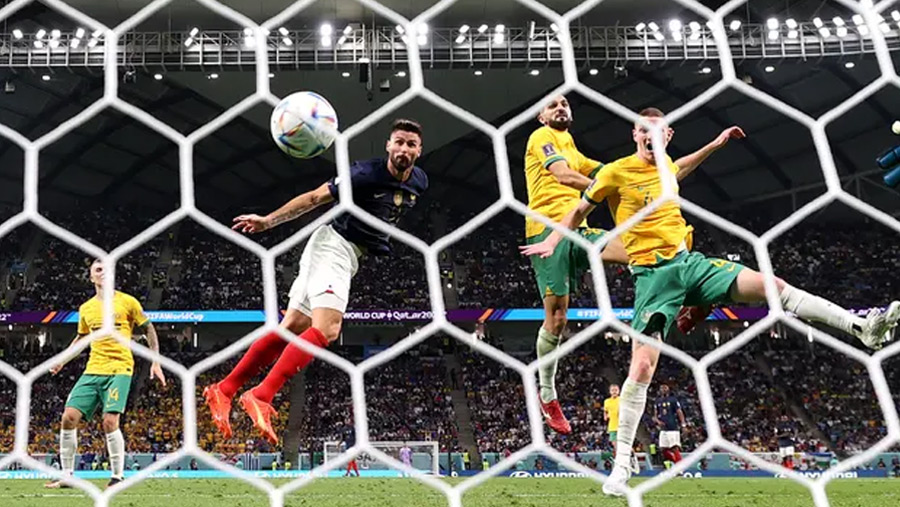 Defending champions France got their 2022 FIFA World Cup campaign off to a perfect start with a 4-1 defeat of the Socceroos on Tuesday (Nov 22).

France have lost a host of players in the build-up to the tournament, including key striker Karim Benzema, but made light of those setbacks with a thrilling attacking display after going behind.

Craig Goodwin gave the Socceroos a shock early lead when he powered home a far-post finish after nine minutes but they then fell victim to France's firepower led by veteran Giroud and Kylian Mbappe.

Mbappe was a threat throughout and got his first goal of this World Cup when he headed in Ousmane Dembele's cross after 68 minutes before turning creator three minutes later.

He delivered the perfect cross for Giroud to score with a header, equalling Henry's record of 51 France goals in the process.