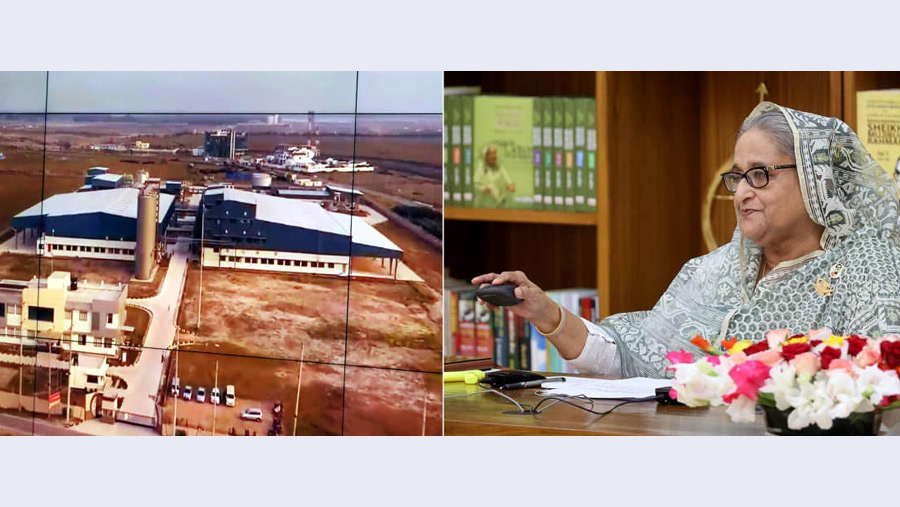 Prime Minister Sheikh Hasina on Sunday (Nov 20) inaugurated 50 industrial units, projects and facilities in the Economic Zones (EZs) across the country. She opened the industrial establishments in the EZs virtually from her official Ganabhaban residence in Dhaka in the morning, marking the Golden Jubilee of the country's Independence and the Birth Centenary of Father of the Nation Bangabandhu Sheikh Mujibur Rahman, local media reported.

Four factories at the Bangabandhu Sheikh Mujib Shilpa Nagar (BSMSN) in Chattogram and eight factories in different private EZs were launched among the 50 industrial facilities.

These industrial units have already invested over US$967.73 million in the economic zones and will make further investments of nearly $331.27 million.

The premier laid the foundation stone of 29 industrial units in different EZs, which have so far invested $610 million and are in the process to invest $1,922.39 million more.

The PM also formally opened the 20-kilometre Sheikh Hasina Sarani, 230-KVA gridline and substation at the BSMSN and laid the foundation stone of a water treatment plant having 50 million litres per day (MLD) capacity.

Bangladesh Economic Zones Authority (BEZA) Executive Chairman Shaikh Yusuf Harun gave the address of welcome. A video documentary on the development activities of the BEZA was screened at the function.

BEZA aims to establish economic zones in all potential areas in Bangladesh, including backward and underdeveloped regions, with a view to encouraging rapid economic development through the increase and diversification of industry, employment, production and export.

So far, 12 privately owned economic zones have received licenses to operate and nearly $4 billion have been invested in these economic zones.

The goal of the economic zones is to create employment for 10 million people directly and indirectly. It is also expected that export products worth $40 billion will be produced annually from these economic zones.

Investors can avail of tax holidays, and duty-free imports of raw materials and machinery at the economic zones.