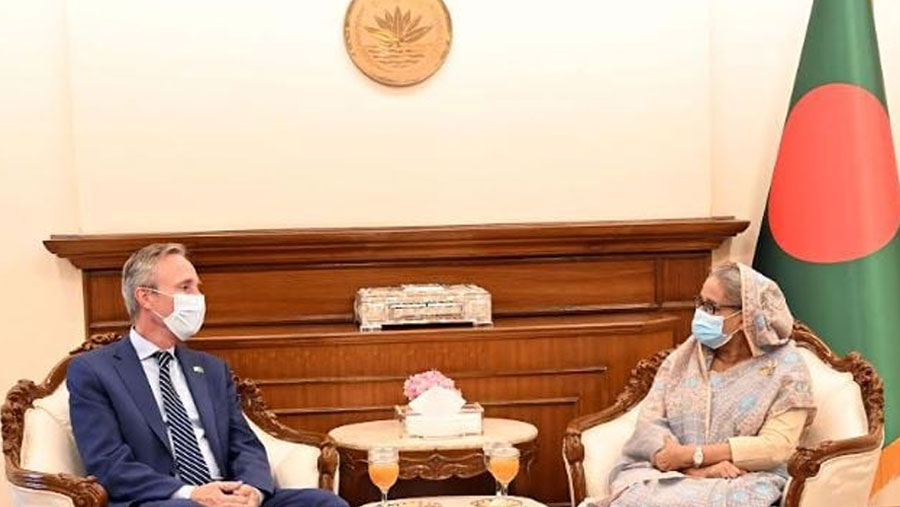 "Bangladesh is a success case of development and attained a very impressive achievement. Bangladesh is becoming one of the countries that surprises the world through its development," he said.

He made the remarks while paying a courtesy call on Prime Minister Sheikh Hasina at Prime Minister's Office in Dhaka in the morning.

During the talks, Prime Minister Sheikh Hasina said Bangladesh wants to maintain an open and transparent relation with the World Bank.

Referring to the Russia-Ukraine war, Sheikh Hasina requested the World Bank (WB) to take measures for stopping it as the entire world has been facing the global crisis stemming from the war.

She said her government is developing the country with small, mid and long term plan, adding that they are implementing Delta Plan 2100 to ensure a better and beautiful life for generations.

The WB official said they would continue support to Bangladesh in its development efforts.

The PM also said that her government has successfully implemented the MDGs and is now working to execute the SDGs.

Martin Raiser has given a proposal to jointly celebrate 50 years of relations between Bangladesh and the WB.

He also handed over a photograph of former WB President Robert Strange McNamara captured with the Father of the Nation at Ganabhaban on 31st January in 1972 to the PM.