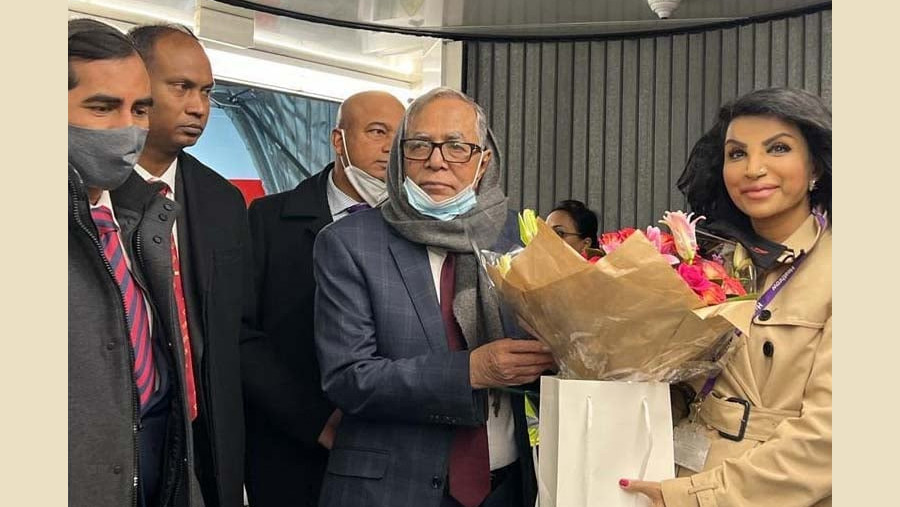 Earlier, the head of the state left Dhaka on Oct 29 on a 16-day visit to Germany and the UK for health checkup and treatment of eyes. He is expected to return home from London on Nov 13.

The 78-year-old President Hamid has been suffering from Glaucoma for long.

He used to have his health checkup in London and Germany while he was the Speaker in the Jatiyo Sangsad (National Parliament).