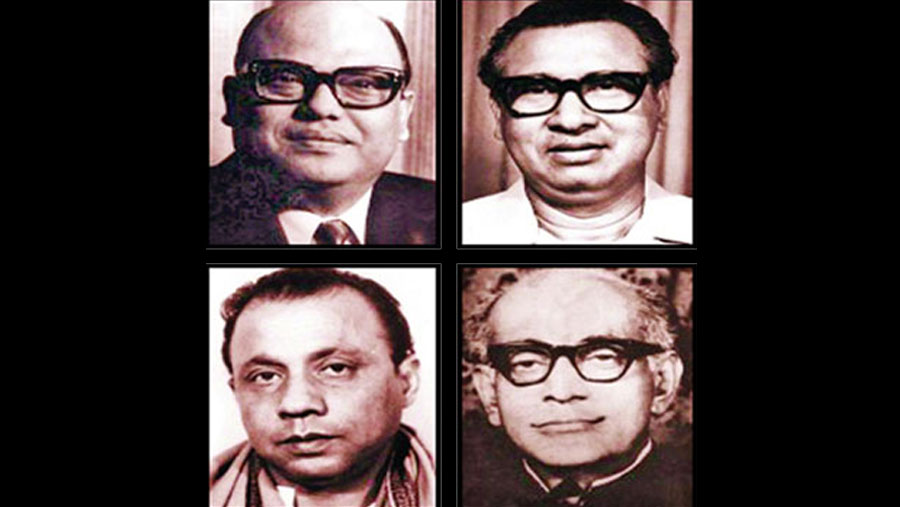 The Jail Killing Day will be observed today (Thursday) as it is the second disgraceful incident in the country after the brutal assassination of Father of the Nation Bangabandhu Sheikh Mujibur Rahman and most of his family members on Aug 15 in 1975. On Nov 3 in 1975, four national leaders and heroes of the country's Liberation War – Syed Nazrul Islam, Tajuddin Ahmad, Captain M Mansur Ali and AHM Quamruzzaman – were assassinated inside the Dhaka Central Jail.

The four leaders played a key role in forming the Mujibnagar government in exile, that led the Liberation War in 1971, with Syed Nazrul Islam as the acting President, Tajuddin Ahmad as the Prime Minister, Mansur Ali as the Finance Minister and AHM Qamruzzaman as the Home, Relief and Rehabilitation Minister.

The nation will remember the four national leaders, who were also the great heroes of the Liberation War in 1971, on Thursday with due respect. Different political parties including the ruling Bangladesh Awami League will observe the mournful day across the country with maintaining health guidelines, local media reported.

The Awami League has chalked out elaborate programme including keeping the national and party flags at half-mast at party's Bangabandhu Avenue Central Office and Bangabandhu Bhaban as well as unit offices across the country at the dawn on the day.

Awami League leaders will place wreaths at the portrait of Father of the Nation Bangabandhu Sheikh Mujibur Rahman at Bangabandhu Bhaban in Dhanmondi at 7 a.m.

Wreaths will be placed at the graves of Syed Nazrul Islam, Tajuddin Ahmad, Mansur Ali at Banani graveyard around 7.30 a.m. while Fateha, Milad Mehfil and Munajat will also be offered there.

Floral wreaths, offering Fateha, Milad Mehfil and Munajat will be arranged at the grave of national leader Shaheed AHM Qamruzzaman in Rajshahi.

Awami League will arrange a discussion at Bangabandhu International Conference Centre (BICC) in the city at 3 p.m.

A probe commission was formed on September 18 in 1980 in London over the killings of Aug 15 in 1975 and subsequently the jail killing on Nov 3 in the same year.

President Md. Abdul Hamid and Prime Minister Sheikh Hasina have paid rich tributes to four national leaders on the occasion of the Jail Killing Day, recalling their immense contributions to the War of Liberation and the nation.

On the eve of the day, in separate messages, they also prayed for eternal peace of the departed souls of the four national leaders.