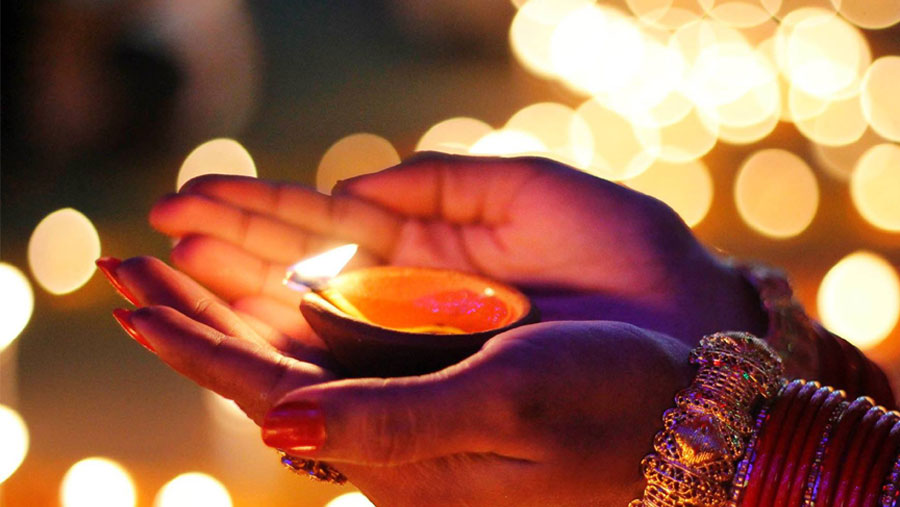 Kali Puja or Shyama Puja, the second largest festival of Bangalee Hindu community, will be celebrated across the country on Monday (Oct 24) with due religious fervor and enthusiasm. Kali Puja is also called Deepabali or Diwali, the festival of lights.

Usually, Kali Puja, worshipping the Goddess of strength, wisdom and enlightenment, is celebrated at the night of Amavasya of the Bangla month of Kartik (October or November). At the night of the festival, members of the Hindu community light earthen lamps (Pradeep) at their houses and crematoriums in memory of their departed elderly persons.

According to puja schedule, Ramkrishna Mission and Ramkrishna Math, Dhaka, the worship of goddess Kali will begin in the night at the mission, which will be followed by offering of Anjali and 'Hom-Joggo'.

Marking the festival, idols of the Goddess Kali have already been installed at different temples and mandaps across the city. At some temples, animals will be sacrificed as one of the customs of the festival, local media reported.

According to myths, goddess Kali was born out of the brow of Goddess Durga during one of her battles with the evil forces.

During the battle, Kali was so much in a killing spree that she began destroying everything that came in her sight. To stop her, Lord Shiva threw himself under her feet. Shocked by this, Kali stuck out her tongue in astonishment and put an end to her rampage.

The main purpose of the puja is to seek the help of the goddess in destroying evil-both in the outside world and within human being.