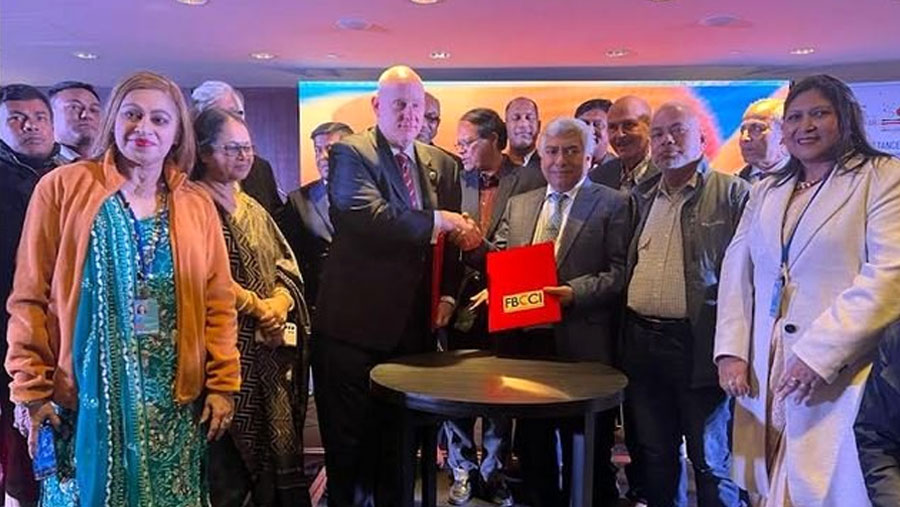 President of the two chambers Md Jashim Uddin and Mark Jeff signed the MoU on behalf of their respective organizations.

The USA remained a friend to Bangladesh's journey to growth and resiliency. Therefore, beyond RMG, Jashim Uddin urged the US Companies to source other products from Bangladesh's diverse export basket.

Jashim Uddin said, under the leadership of Bangabandhu Sheikh Mujibur Rahman, Bangladesh registered the highest GDP growth of 9.6 percent in 1974 – shortly after the liberation war.

“Despite the remarkable progress in socioeconomic indexes in the last decade, we still haven't been able to reach the record,” he added.

“In fact, the foreign policy that we are pursuing today under the leadership of Bangabandhu's able daughter Prime Minister Sheikh Hasina represents the fundamental values and principles that Bangabandhu so eloquently presented before the world,” he said.

Under the leadership of Prime Minister Sheikh Hasina, Bangladesh embarked on a new round of reforms to strengthen and modernize the private sector in a bid to unleash the country's potential to drive industrialization, diversified, and export-led growth, he noted.