Bangladesh on the way to T20 WC Qualifier semis 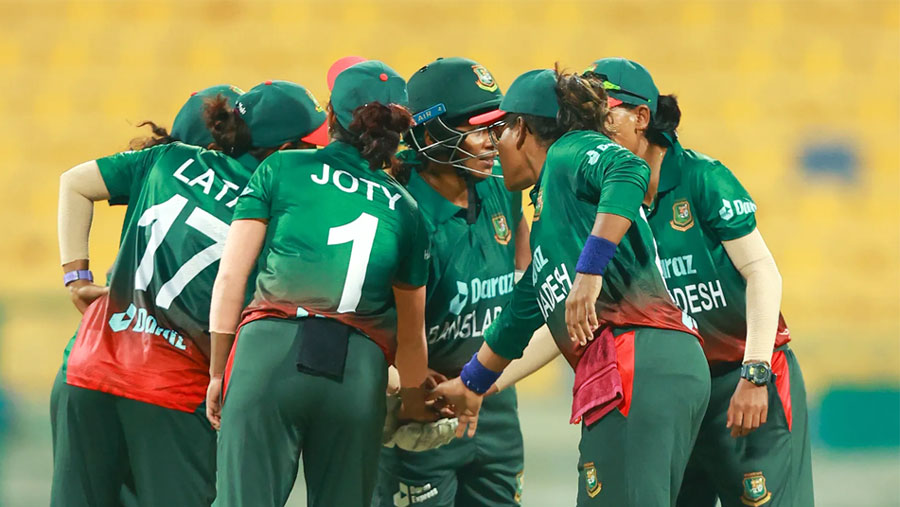 Offspinner Shohely Akhter claimed a career-best 4 wickets for just 7 runs as the Bangladesh women's team recorded their second straight victory in the T20 World Cup Qualifier, having beaten Scotland by six wickets at Abu Dhabi, UAE on Monday (Sep 19). The comfortable six-wicket win takes the Bangladesh to the top of Group A in the Qualifier.

In the first match, the Tigresses beat Ireland by 14 runs.

The hundred percent win record put them at favourable position to confirm the semifinals.

They will take on USA Women's team on Wednesday (Sep 21) in their last game. The USA had already been eliminated from the semifinal race after losing both of their matches.

Captain Nigar Sultana Joty kept up her rich vein of form, scoring 34 off 43, following her 53 ball-67 against Ireland as Bangladesh reached the winning target of 78 in 13 overs, losing four wickets.

For Scotland, Rachel Slater snapped up 2 for 13 and Katherina Fraser and Hannah Rainey picked up one wicket apiece.

Two teams from each group will move to the semifinals and the two finalists later will get the opportunity to play the ICC T20 World Cup, which will be held in South Africa from Feb 9. A total of 10 teams, including the two teams from the Qualifiers, will take part in the eighth edition of the Women's T20 World Cup.