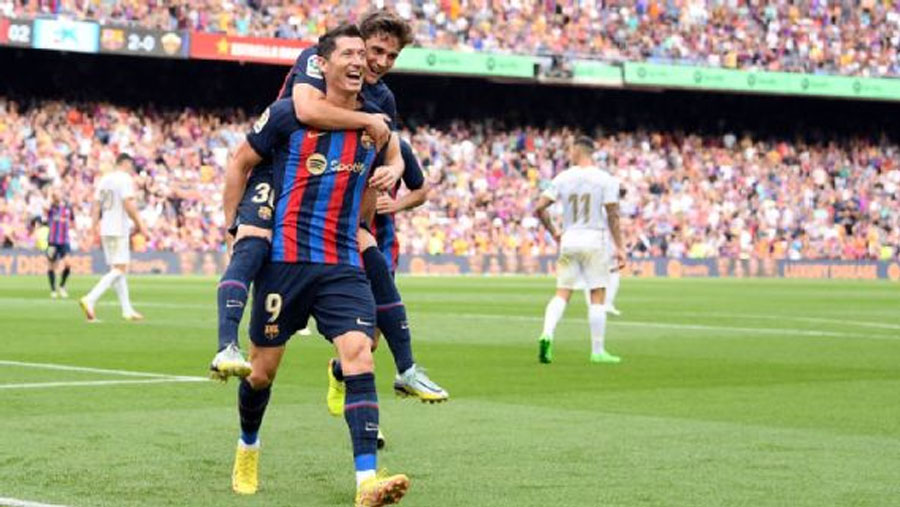 Barcelona striker Robert Lewandowski continued his insatiable run of form in front of goal by scoring twice and Memphis Depay also got on the scoresheet as the Catalans cruised to a 3-0 win at home to struggling Elche in LaLiga on Saturday (Sep 17).

The Poland international scored either side of the break to take his tally to 11 goals in eight appearances since joining Barca in the summer.

In between, Memphis Depay opened his account with a powerful effort into the roof of the net.

Visiting captain Gonzalo Verdu was sent off in the 14th minute for pulling Lewandowski down when he was through.

From there it proved a routine victory for Xavi's side, with 25 efforts on goal to Elche's one.

Alejandro Balde teed up Lewandowski for his first of the game, Depay added a second and Pedri had a third ruled out after VAR intervened before the Pole scored his eighth goal in six matches in the Spanish top flight.

Barca now sit a point above Real Madrid at the top of the table, with Carlo Ancelotti's side travelling to play city rivals Atletico on Sunday (Sep 18) evening.