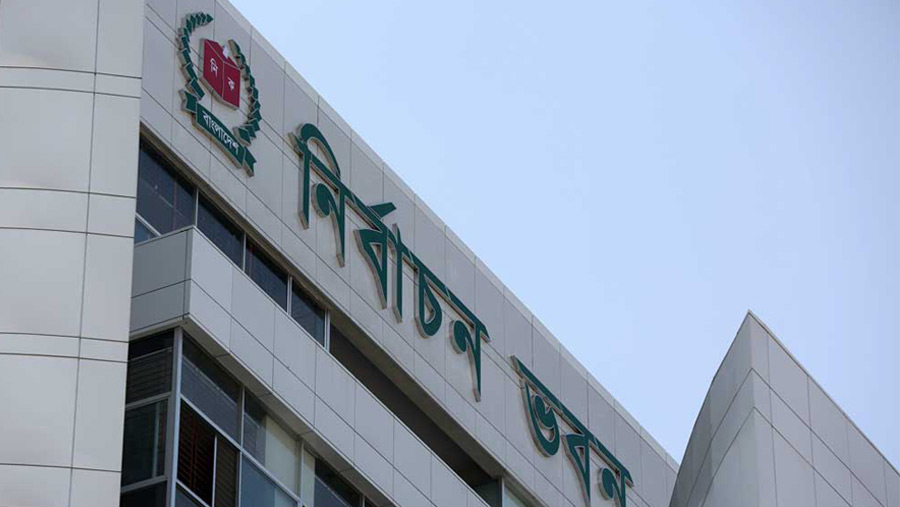 Bangladesh Election Commission on Wednesday (Sep 14) unveiled its roadmap for holding 12th national polls in a free, fair and participatory manner, saying it has constitutional obligation to conduct the elections by Jan 29, 2024.

“The maiden session of the 11th national parliament was held on Jan 23, 2019. So we have constitutional obligation to conduct the 12th national polls between November, 2023 and Jan 29, 2024,” election commissioner Md Alamgir said at a press briefing held on the occasion of presenting the roadmap at the Election Building. Presided over by EC Secretary Md Humayun Kabir Khandaker, the briefing was addressed by Election Commissioners Brig Gen (Retd) Md Ahsan Habib Khan, Rashida Sultana, Md Alamgir and Md Anisur Rahman, local media reported.

“We would hold polls though Electronic Voting Machine (EVM) at the metropolitan cities and district towns. The main aim of formulating the roadmap is to hold free, fair, neutral, participatory and acceptable elections,” Khan said.

He said the present EC is expecting to organize such election by gaining confidence of all the political parties in between the time left before the election.

“We are facing many questions and people had lack of trust on us. But we have proved by our works that have been able to gain at least some confidence of people compared to initial stage,” the senior EC said.

EC Rashida Sultana said they would move forward in line with this roadmap and will be able to present a participatory and good election if they get assistance from all.

Terming the roadmap as realistic and time befitting, EC Md Anisur Rahman too sought support from all the stakeholders for holding a free, fair and participatory election.

“We have tried to accommodate the opinions of all the stakeholders in this roadmap. But the opinions contrary to the constitution couldn’t make place here. We would tackle all the challenges and implement all the works as per this roadmap,” EC Md Alamgir said.

As per the roadmap, CCTV cameras will be installed in all the polling booths and EVMs will be applied in maximum 150 constituencies, that too in metropolitan cities and district towns.

Work of registration of political parties will be completed by September, 2022 to June, 2023. The process of updating the voter list started in May, 2022, and final list to be published in March, 2023.