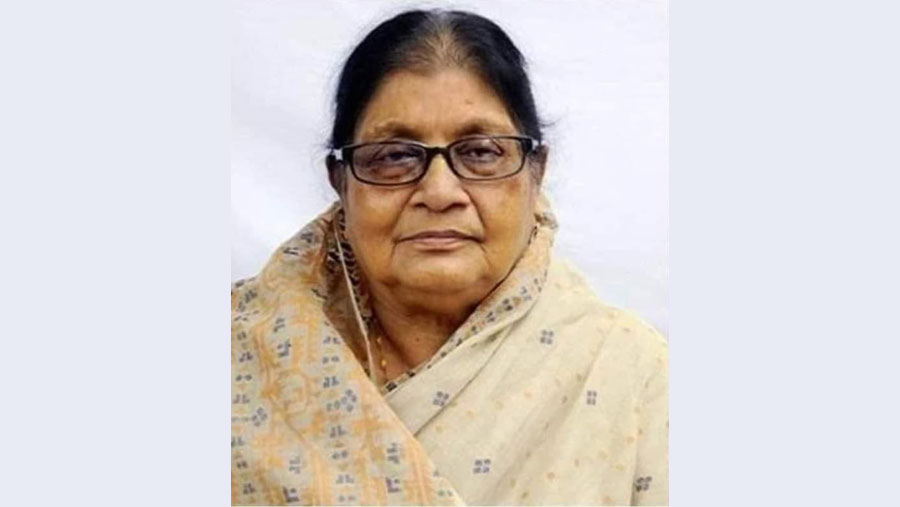 She is survived by three sons, one daughter, a host of relatives and admirers. Her husband Golam Akbar Chowdhury died in November 2015.

Sajeda Chowdhury was a valiant freedom fighter and one of the organizers of the Liberation War. She was elected parliament member several times from Faridpur-2 constituency.

She was sick for several years. She was admitted to the Combined Military Hospital last week.

She will be laid to eternal rest at Banani graveyard.

Sajeda Chowdhury was born in 1935. The veteran politician joined the politics of Awami League in the fifties. After the assassination of Bangabandhu Sheikh Mujibur Rahman and most of his family members on Aug 15, 1975, she played an important role in keeping the Awami League organized at a critical moment.