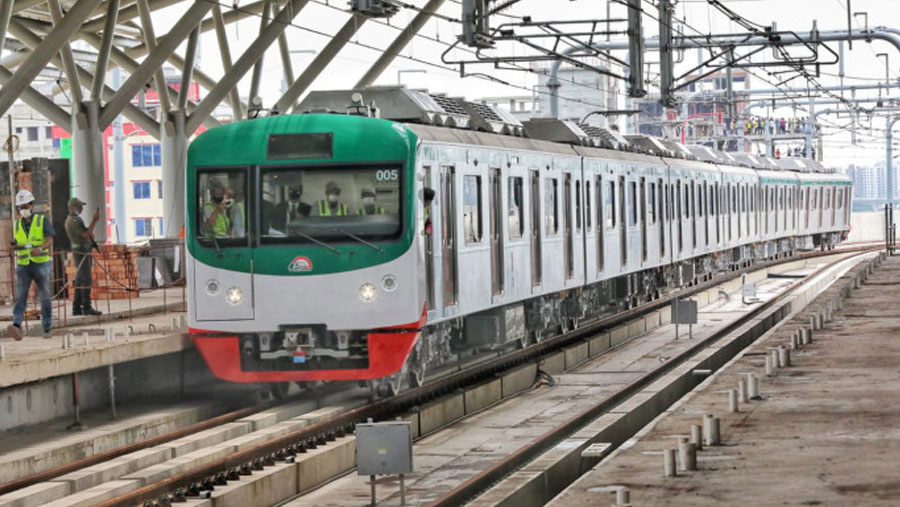 Road Transport and Bridges Minister Obaidul Quader on Tuesday (Sep 6) said the fare for the metro rail (MRT line 6) has been fixed at Tk 5 per kilometer.

“The fare for the entire route of the Mass Rapid Transit Line 6 from Uttara to Kamlapur is fixed at Tk 100, while the minimum fare is at Tk 20,” he told the reporters after inaugurating the Metro Rail Exhibition and Information Centre at metro rail depot in city’s Uttara’s Diabari area.

The Road Transport and Bridges Minister said the wounded freedom fighters would be able to travel the metro rail free of cost and there would be concession in fare for monthly card users and disabled people.

Replying to a question, he said it will be decided later whether the students will get any concession in metro rail fare. The remaining work of the project is going on in full swing, he added.

The DMTCL under the Road Transport and Bridges Ministry is implementing six MRT lines, which will be 128.7 kilometres in total length across the capital by 2030.

The 21.2-kilometre-long elevated MRT line 6, popularly known as metro rail, between Uttara and Kamalapur, is scheduled to run commercially on the Uttara – Agargaon route from next December.