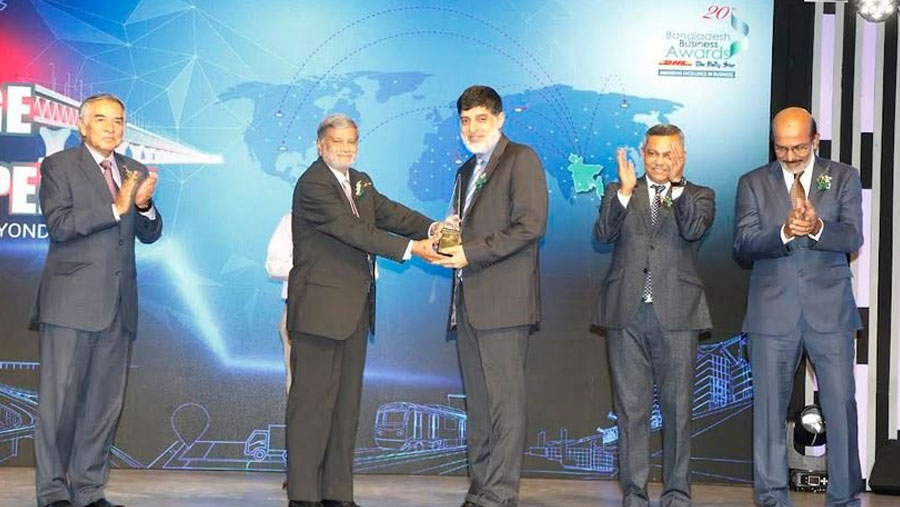 PRAN-RFL Group, one of the leading business conglomerates of the country, received "Bangladesh Business Award-2021" in recognition of its contribution to the business sector.

Planning Minister MA Mannan handed over the award to PRAN-RFL Group Chairman and CEO Ahsan Khan Chowdhury at a hotel in the capital on Friday evening.

This year, the award was given to two organisations and one individual in three categories. PRAN-RFL Group received the award in the "Enterprise of the Year" category.

International logistics organisation DHL and the English daily The Daily Star have been jointly giving the award to various organisations since 2000 in recognition of their contribution to the overall economic development of the country, said a press release on Saturday (Sep 3).

Ahsan Khan Chowdhury said, "The aim of PRAN-RFL Group is to enhance the dignity and self-esteem of people by creating employment opportunities through business activities. We are constantly working towards this goal. This recognition will greatly encourage us to move forward".

The journey of PRAN-RFL Group started in 1981 through Rangpur Foundry Limited (RFL) by manufacturing tube wells and agricultural support equipment for providing pure drinking water and agricultural irrigation water to the poor people of the country's northern part.